Training of Para Special Forces Operatives – All You Need To Know 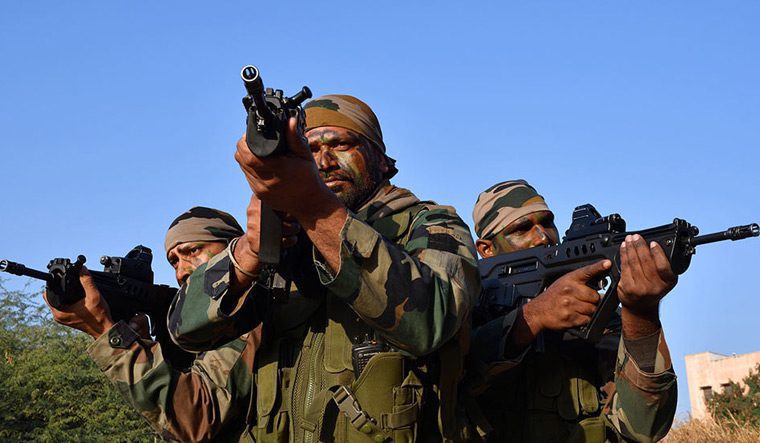 Training of Para Special Forces Operatives – All You Need To Know

The Special Forces Training School is located in Nahan, Himachal Pradesh. The Specialized training for Special Force is conducted in SFTS Nahan. The Operatives are imparted training in operating in Small Squads, Demolition Methods, Communication and Medical First Aid.

The Operatives of Special Forces are trained in Commando School Belgaum. The 35 days course is designed to train the Soldiers in Unarmed combat, Navigation, Cliff Climbing, Intense Physical Activities, Heliborne, and Commando Insertion.

The Paratroopers Training School is located in Agra, Uttar Pradesh. The training module includes the Para basic course. The trainee must complete 5 Para Jumps including one jump with battle load at night. The paratroopers who graduate from PTS are awarded Coveted with the Para Wings. The Officers of the Parachute Regiment also do their Refresher course at PTS, Agra. The Akash Ganga Skydiving Team of the Indian Air Force is also based at Paratroopers Training School in Agra.

The School trains the soldiers/officers in Jungle/Guerilla Warfare, Counter Insurgency, Jungle Survival, and Jungle Ambush Attacks. The training module includes Identifying and defusing the Improvise Explosive Device (IED) and counter Terrorism. Various exercises are conducted to familiarise the soldiers with real-time scenarios. A little part of every unit serving in the North-Eastern region goes under the specialized training at CIJWS. The 21 Para SF is also known as Waghnaks are trained specially in the CIJWS. The school also trains the Paramilitary forces and special units of police forces serving in the North Eastern Region.

The school trains soldiers and officers in High Altitude Warfare, Snow Cliff Climbing, Mountain Survival Skills, and Ice Crafting. The HAWS trains the Indian Army personnel for winter sports also. Trekking and Physical Activities are conducted for the trainees to keep them acclimatized. Exercise Veer Dhola is conducted to train the personnel on the real-time scenarios of Mountain Warfare. The Day 1&2 of exercise consists of 30 Kms trekking in the Himalayas Ranges. Day 3 is the Cliff Assault on a designated target.

The Special Forces Operatives are imparted training in Diving and Aquatic Operations. The soldiers are Trained in INS Venduruthy, Diving School of Indian Navy. The Para SF Soldiers are trained with Garuds and Marcos. The training module includes Surface and Underwater Work Up drills, Confidence Building drills and emergency and evacuation drills, and Combat Diving.

Apart from Institutions in India, the operatives are trained with US Marines, British SAS, and other Special Forces of Friendly Nations.