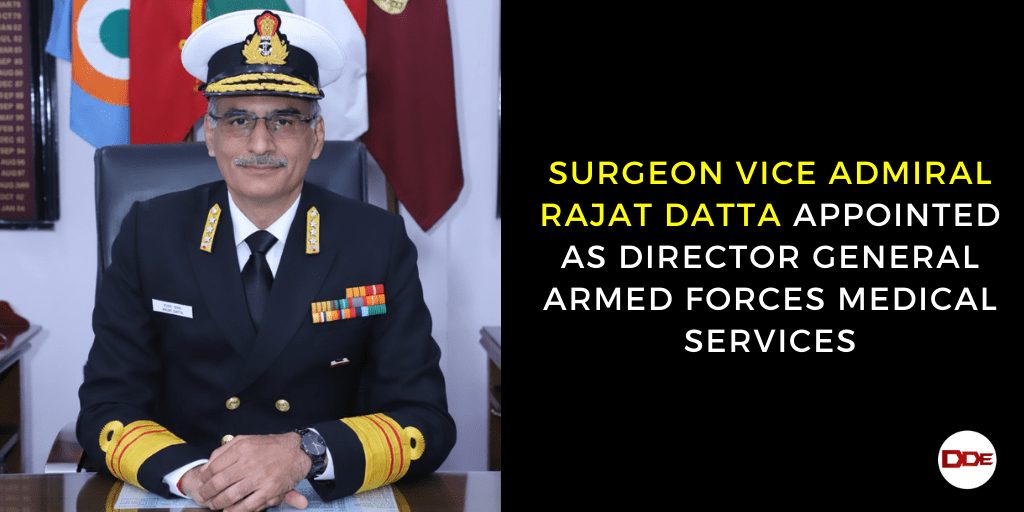 He is an alumnus of Armed Forces Medical College, Pune and after completing his MBBS in 1982, was commissioned into AMC on 27 Dec 1982.

V Admiral Rajat Datta had been holding the prestigious appointment of Comdt AFC, New Delhi.  He was also Addl. DGMS (Army) New Delhi. He had been holding the appointment of MG Med, HQ Central Command and Comdt, CH (CC) Lucknow. He is a renowned teacher and in addition to being the Professor of Cardiology is also an examiner for several Universities and Post Graduate Medical Institutions in India.

The Flag Officer is appointed as Honorary Surgeon to the President of India from 01 Feb 2020. He is a Fellow of Society of Cardiovascular Angiography and Interventions, USA.