21 Important Questions About The Indian Army In SSB 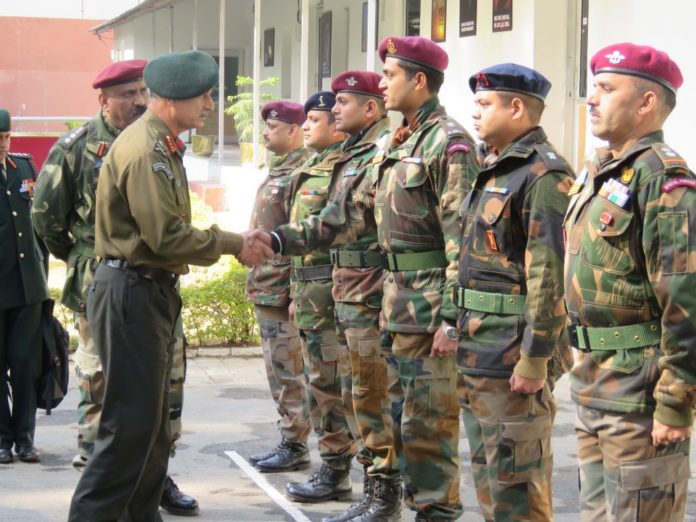 21 Important Questions about the Indian Army in SSB

In this article we will see some of the important questions about Indian Army. In the SSB, an Interview is scheduled on the 2nd, 3rd, and 4th day. Personal Interview is a conversation that enables the Interviewing Officer (IO) to assess the personality of the candidates by posing general and technical questions. The Candidate is expected to know some important things about the Indian Army.

Here are the 21 Important Questions of Indian Army you must know:

Who is the present Chief of the Indian Army?
General Manoj Pande, PVSM, AVSM, VSM

When is Indian Army Day celebrated?
15th of January

Where is commando School is located?
Belgaum, Karnataka

Where is High Altitude Warfare School is located?
Gulmarg, J&K

Where is Paratroopers Training School is located?
Agra

Where is Counter Insurgency and Jungle Warfare School is located?
Vairengte, Mizoram

Name some of the Artillery Guns serving in the Indian Army?
M777 Howitzer, Bofors and Indian Field Guns

The National Defence Academy is located in?
Khadakwasla, Pune

Where is the headquarters of the Indian Army is located?
New Delhi

Who is the Minister of Defence in Government of India?
Rajnath Singh

Why Do You Want To Join Indian Army...