Western Air Command IAF – All You Need To Know 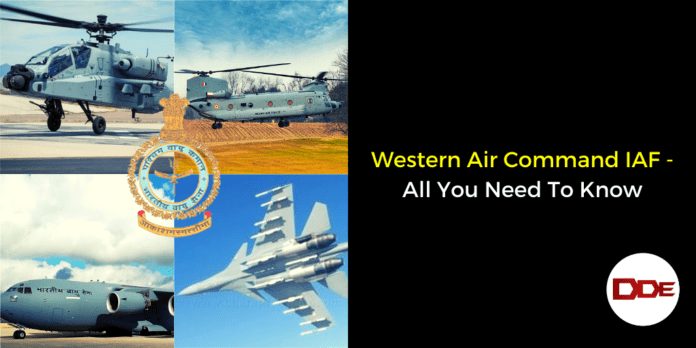 Western Air Command IAF – All You Need To Know

Siachen Air Base acts as a lifeline for Soldiers deployed in Siachen Glacier. The HAL Cheetah Helicopters along Army Aviation Helicopters provide Medical and Logistical Support for Siachen Base Camp and Soldiers posted in forward units.

Adhampur AFS is a den of MiG 29 Upg Fighters. The Airbase is closely located to the Pakistani Border. No 47 Squadron and No 223 Squadrons operating MiG 29 Upg are stationed at Adhampur AFS.

Ambala AFS is located in Harayana. No 5 squadron and No 14 Squadrons operating Jaguar Deep Strike Aircraft are stationed at Ambala AFS. The Dassault Rafale No 17 Squadron Golden Arrows is also based at Ambala AFS.

Pathankot AFS is located near to Border of Pakistan, making it an important Airbase for Indian Air Force. No 3 Squadron and No 26 Squadrons operating MiG 21 Bison are stationed in Ambala AFS along with No 125 Helicopter Unit operating Apache AH-64E Attack Helicopters.

Palam AFS is located in New Delhi. No 41 Squadron operating Avro and Do-228 Aircraft are stationed at Palam AFS. The Airbase also serves for VIP and Emergency Aircrafts.

Bhisiana Air Force Station is located near Bathinda in Punjab. The DRDO Netra AWACS is operated from the Bhisiana AFS. The Airbase played an important role in Balakot Air Surgical Strikes.

Rajasansi Air Force Station is located in Amritsar. It acts as a Forward Base Support Unit. It is located in the Military enclave of Amritsar International Airport.