Counter Insurgency and Jungle Warfare School : All you need to know 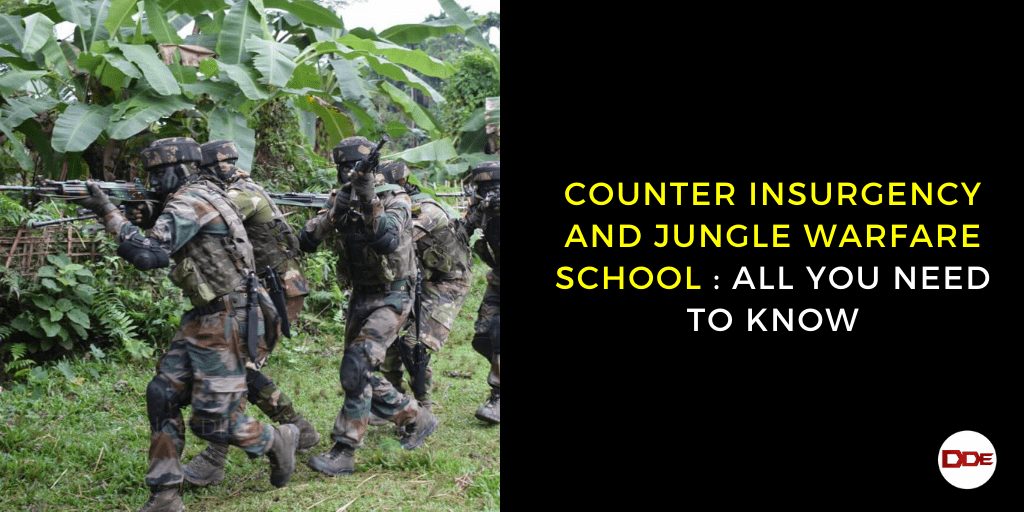 Counter Insurgency and Jungle Warfare School : All you need to know

CIJWS – Counter insurgency and Jungle Warfare School is a Category A training institute of Indian Army. The CIJWS trains the soldiers in Guerilla Warfare and Counter Insurgency. The School is located at Vairengte in Mizoram. The CIJWS comes under 3 Corps of Eastern Command. The motto of School is “Fight the guerrilla like a guerrilla”

The necessity of raising this kind of training institute was raised in 1960s. The school was established as Jungle training School in 1967 at Jowal hills in Meghalaya. In the following years, it came to be known as Command Counter Insurgency Training School of Eastern Command. In 1970, the school was shifted to Vairengte in Mizoram and renamed it as CIJWS. The school played the key role in training the Mukti Bahini warriors in 1971 Bangladesh Liberation War.

The School trains the soldiers/officers in Jungle/Guerilla Warfare, Counter Insurgency, Jungle Survival and Jungle Ambush Attacks. The training module includes Identifying and defusing the Improvise Explosive Device (IED) and counter Terrorism. Various exercises are conducted to familiarize the soldiers to real time scenario. A little part of every unit serving in North Eastern region go under the specialized training at CIJWS. The 21 Para SF also known as Waghnaks are trained specially in the CIJWS. The school also trains the Para military forces and special units of police forces serving in the North Eastern Region.

The Special forces of friendly nations conducts Training and exercises at CIJWS. The Soldiers/Officers of US, France, UK, Singapore, Bangladesh, Nepal, Israel and Italy are trained in the School. Recently, Indo-Japan Bilateral exercise “Dharma Gaurdian-19” was conducted at CIJWS. Annually, the school trains more than 8000 soldiers of Indian forces and friendly nations

ALSO READ : Commando School Belgaum – All You Need To Know