Rashtriya Rifles Indian Army – All You Need To Know 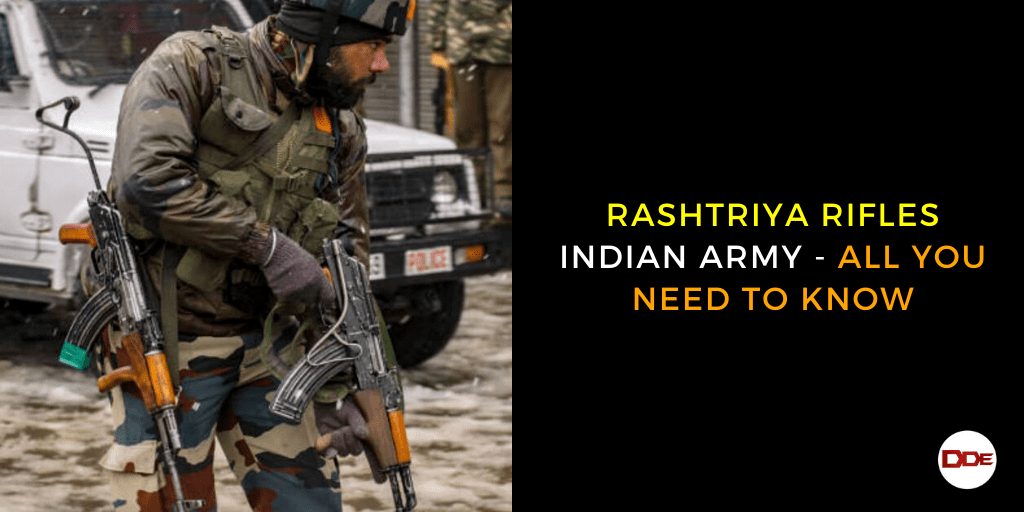 Rashtriya Rifles Indian Army – All You Need To Know

The Rashtriya Rifles or RR is a branch of the Indian Army under the authority of the Indian Ministry of Defence. The RR is a counter-insurgency force made up of soldiers deputed from other parts of the Indian Army. The force is currently deployed in the state of Jammu and Kashmir.

The initial RR units performed well despite certain inherent weaknesses in their class and composition. They were raised on all India/all class basis with troops from all over the army, the logic being that since the units were going to fight an insurgency, there should be no scope for vested interests in accusing a battalion of bias based on class or regional attributes.

Keeping this in mind, a decision was taken to alter the basic composition of the RR battalions. Instead of its units being composed of troops from all over the army, at least two RR battalions were made an integral part of each of the infantry regiments and other arms.

The majority of troops in those RR battalions, along with the battalion’s commanding officer, are from the same regiment. This ensures not only functional cohesion but also maintenance of regimental esprit de corps.

Each regimental center was given the task of raising 1–2 battalions in one years’ time. During this period, the units were raised and sent to Northern Command where they got another 4 to 6 weeks to consolidate. All of them went through a structured 8 week course in special CI schools. They were then given another month to stabilise and were then sent to the more dormant sectors of Kashmir and to the Punjab.

All units of the Indian Army have an organisational structure called the War Establishment (WE). The WE is used to lay down the number of men, vehicles, weapons etc. which a unit is authorised to use for carrying out its assigned role.

Also unlike regular army units which were rotated out of the valley regularly, the RR concept was to rotate personnel after fixed periods of deputation. Currently this is 2-3 years. The RR units are permanently located in “sectors”, with each sector being the equivalent of a brigade with three battalions. To create a distinct identity, the RR has its own dress, special insignia and flag logistics.

The RR units come under four “Counter Insurgency Force” (CIF) HQs. Each CIF is responsible for an area of the Kashmir Valley and Jammu Division. There were originally four CIFs, until the RR raised a fifth “Uniform” force in 2003–04.

In terms of their location and use, each of the units and sectors was seen as being interchangeable with a regular, equivalent army formation. GOC Victor Force in some instances would have 2 sector HQs and a regular infantry brigade in his charge.

On the other hand, when 8 Mountain Division moved to Kashmir, it came with 2 brigades which were then augmented by adding a sector of the RR apart from a couple of independent mountain brigades to it.

The areas covered by the Counter Insurgency Forces are themselves divided into sectors:

The RR was raised as a paramilitary force and it was envisaged that its personnel, like the Assam Rifles, would consist of regular army volunteers on deputation, ex-servicemen and lateral inductees from various paramilitary forces and central police organisations. However, this didn’t work out.

Instead, each infantry regiment of the Indian Army has at least two RR battalions, and soldiers and officers from the regiment are deputed to the RR battalions for 2-3 years. Thus it is not possible to join the RR directly, as personnel must first join a regiment before they can serve in the RR. RR personnel receive 25% more salary than regular army personnel and additional benefits, thus often making it a coveted deputation