MARCOS aka Marine Commandos – All You Need To Know 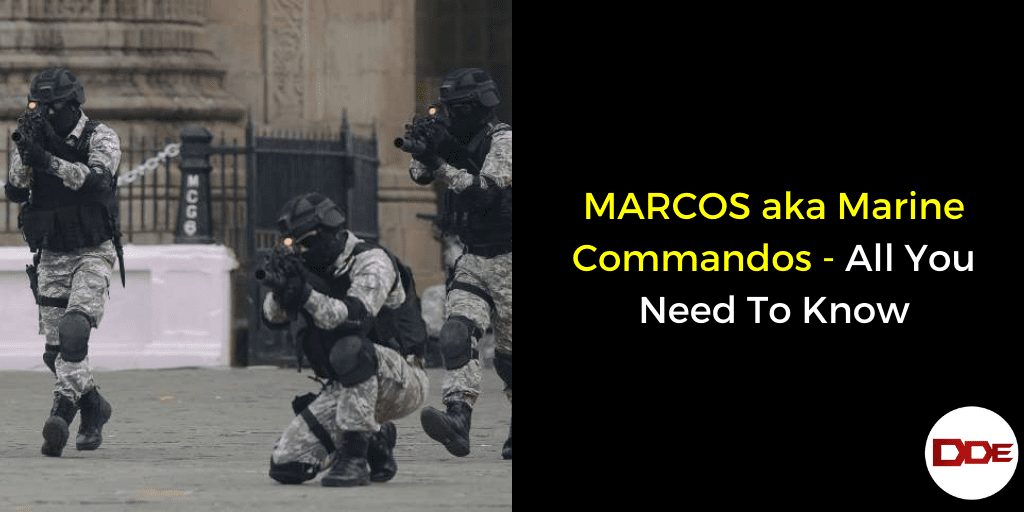 MARCOS aka Marine Commandos – All You Need To Know

MARCOS aka Marine Commandos is the special forces branch of Indian Navy. Marcos are responsible for conducting the special operations and safeguarding the Indian Naval assets.

Selection and training of Marcos

The recruits for Marcos are selected within the age limit of 20 years. The selection process is very rigorous, similar to the probation of Para SF and 80% of recruits back out in the initial process. The training period is of two and half years. The Training module includes:
1. Counter Insurgency
2. Hostage and Rescue Operations
3. Amphibious Warfare
4. Reconnaissance and Recce Missions
5. Intelligence gathering
6. Anti Hijacking operations
7. Skydiving
8. Specialized water diving techniques

The MARCOS are equipped with the weather sealed Israeli Tavor TAR-21 assault rifle, the Heckler & Koch MP5 Sub-Machine gun for close quarter battles, the SIG SAUCER P226, the Glock 17 Pistolsa and the DRUGANOV Sniper Rifles. These are the Equipment of Marcos.

In the recent times, Marcos are also deployed at LAC and Pangong Tso Lake.