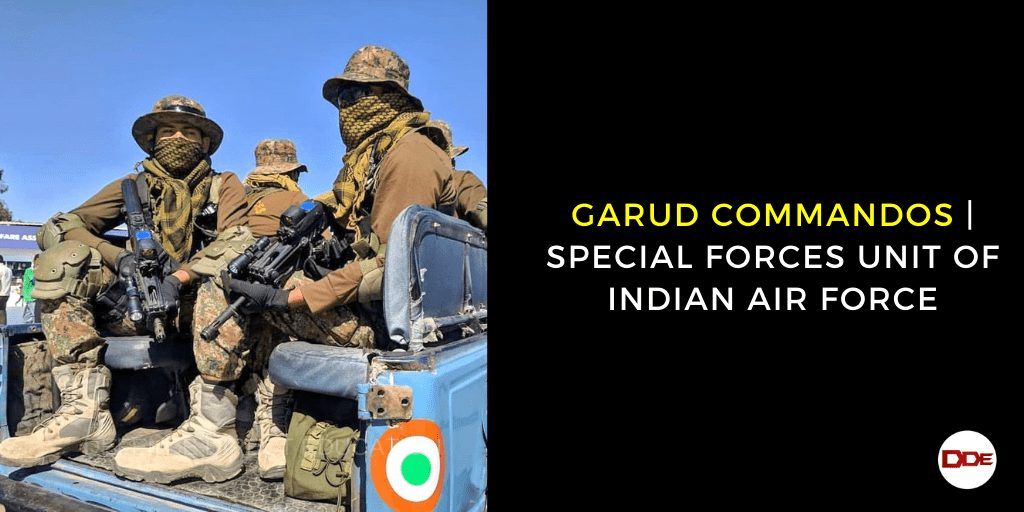 The need of raising Special forces unit for IAF was raised in early 2000s. The first batch of Garud Commandos  Indian Air Force were inducted in 2004. Thereafter the Garuds are protecting the High valued assets of Indian Air Force. The Airforce recruits the trainees directly from Recruitment Rally. The training period of Garud commandos is 72 weeks, the longest training period among Indian SF units. In the initial phase, commandos are trained in Counter Insurgency, search and rescue missions, reconnaissance and recce operations and other special operative techniques. The final phase of training is conducted with Army Special forces units is J&K.

The Garuds are trained in Paratroopers Training school, Agra for Parachute jumps. After the training, Garuds are awarded with coveted para wings. For Advanced training, the garuds are sent for training at Commando School Belagum, CIJWS Vairengate, HAWS (High Altitude Warfare School) and Diving School Kochi. The Garuds are specialized in Snow and Jungle Survival/Warfare skills. The main objective of Garud Forces is to protect the installations of IAF and they are well trained in it .

The weapons of Garuds are similar to Para SF of Indian Army. Tavor 21 is the special choice of Garuds. The Garuds also serve in Congo as a part of UN peace keeping missions. The Garud commandos are presently serving with the Para SF units and RR units in the Kashmir valley. In the operation Rakh Hajin, Garud Commando Corporal J P Nirala fought bravely and was awarded Ashok Chakra posthumously. His unit managed to kill six militants.