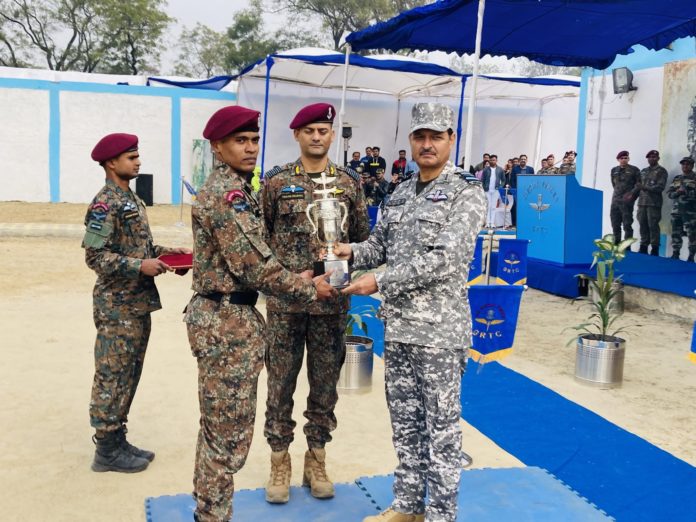 During the ceremonial parade, the Reviewing Officer congratulated the Garud commandos on successful completion of their training. He emphasised the importance of rigorous training and honing of Special Forces skills to keep pace with the changing security scenario. He presented Maroon Beret, Garud Proficiency Badge and Special Forces Tabs to the successful Garud trainees and gave away trophies to the meritorious trainees. The best all rounder trophy was presented to AC Vikram Davar.

The Maroon Beret Ceremonial Parade is a significant event that marks the culmination of an extremely demanding training schedule. These newly passed out trainees enter the elite Garud force and add strength to the operational capability of IAF.