Military Satellites Of India – All You Need To Know 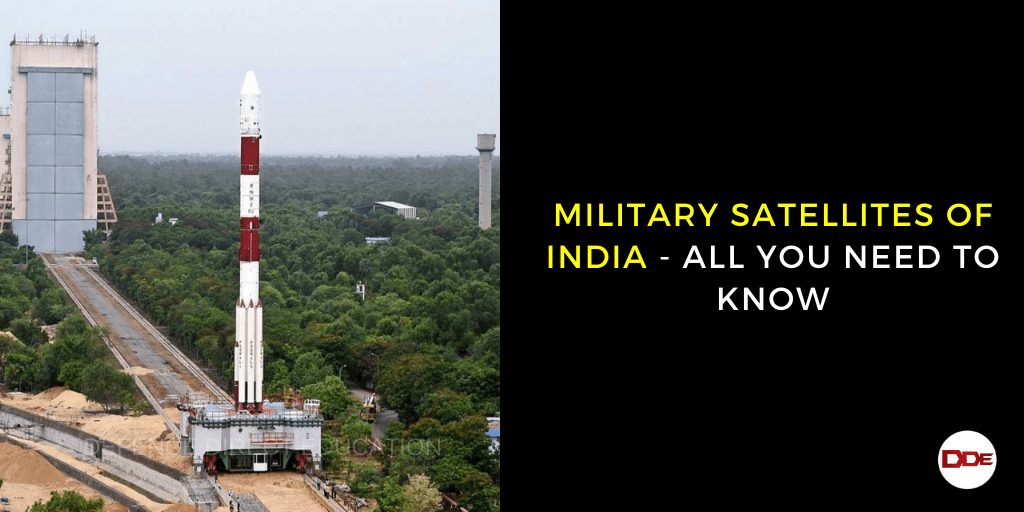 Military Satellites Of India – All You Need To Know

India operates a set of Military Satellites in space to coordinate the operations of modernizing Indian Armed Forces. Let us have a look at the military satellites of India :

EMISAT is a reconnaissance satellite developed by Defence Research and Development Organisation under the Project Kautilya. The Satellite was launched in April 2019. The Main Purpose of EMISAT is to provide real time space Intelligence of Enemy Radars and its situational activities.

GSAT Satellites are developed by ISRO for Indian Defence Forces. These are the Communication Satellites of Indian Armed Forces. These Satellites provide Real time Input to Warships, Submarines and Aircrafts. The Satellites monitor the activities at Indian Ocean Region.

The other Military Satellites like HySIS and Microsat-R are extensively used for Situational Awareness of Security through Space.