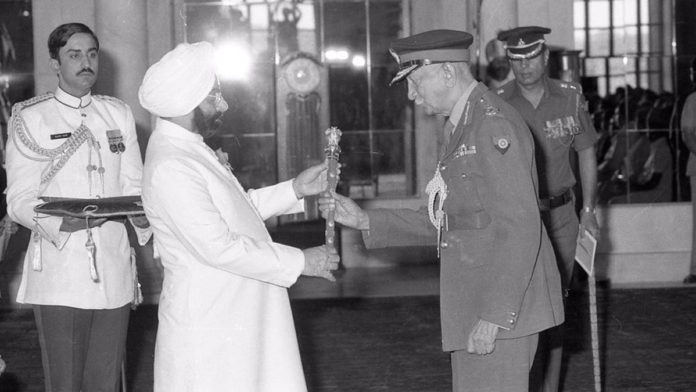 KM Cariappa, the first Indian Commander-in-Chief of the Indian Army

“An Indian and to the last breath would remain an Indian. To me, there are only two Stans – Hindustan (India) and Foujistan (the Army).” – Field Marshal KM Cariappa

You are all aware about Field Marshal KM Cariappa, the first Indian Commander-in-Chief of the Indian Army. He was in charge of the Indian Army during the 1947 Indo-Pak War, and India commemorates him on Army Day. India best remembers him as the legend who gave the Indian Army its true national identity. And for this reason General Bipin Rawat, the former chief of defence staff, felt that the time has come to honour the late Field Marshal with the Bharat Ratna Award.

“He is my son no longer… He is the child of this country, a soldier fighting for his motherland like a true patriot. My many thanks for your kind gesture, but I request you to release all or release none. Give him no special treatment.”

“When the war was raging in Kashmir in 1947, there was food scarcity in many of the villages. Once, a group of hungry people stopped him at Baramulla telling their suffering. Cariappa assured to them that he would do his best after the chase. The next day, he fulfilled his assurance by returning to the town with flour, rice and salt that he distributed to the needy families. Later, the grateful residents of Baramulla also named a park after Cariappa (it still exists today).”

After retiring from the Indian Army, Field Marshal KM Cariappa served as High Commissioner to Australia and New Zealand till 1956. He died on May 5, 1993, at the age of 94.