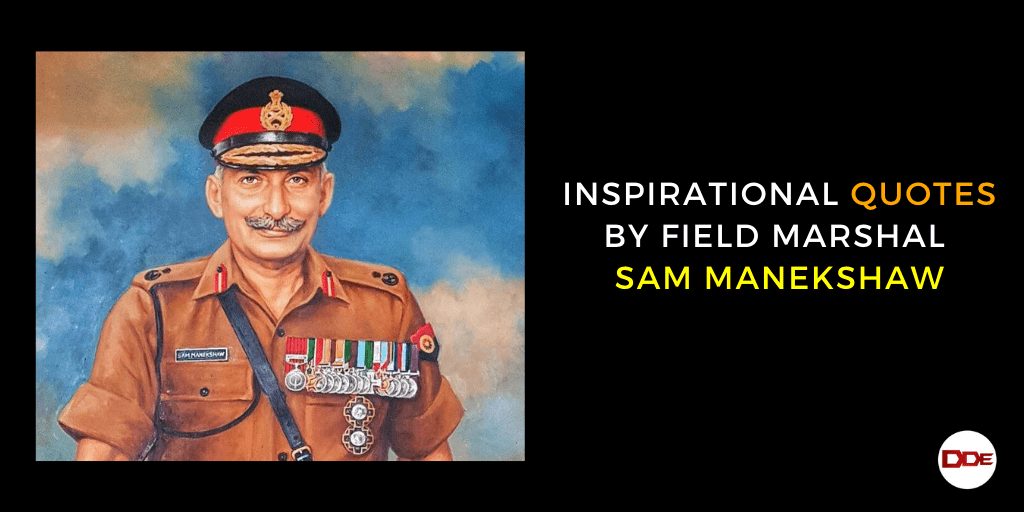 Field Marshal Manekshaw joined the Indian Military Academy (IMA) on October 1, 1932, and was commissioned into the British Indian Army as the Second Lieutenant in 1934. During the World War II Manekshaw was awarded Military Cross for his gallantry. After independence in 1947, he was reassigned to the 8th Gorkha Rifles.

Some of the Memorable Quotes by Field Marshal Sam Manekshaw: