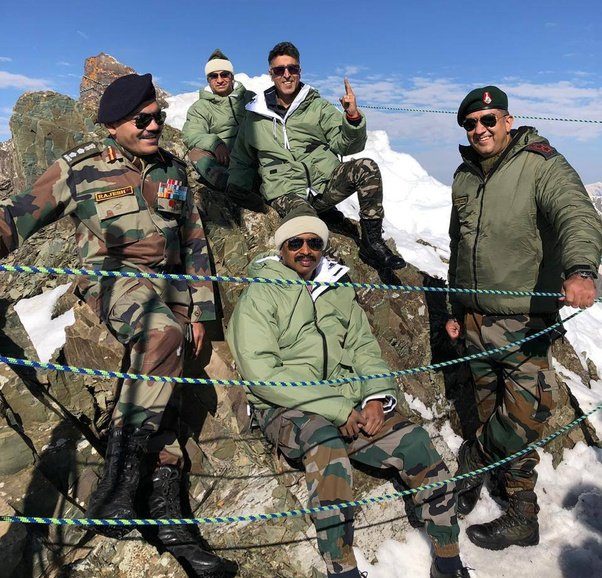 20 Military quotes that will give you goosebumps. We all know that there are many adverse situations in the war where a leader has to necessarily motivate his troops in order to face the situation being calm and courage at the same time. Thus motivating soldiers or comrades is a very important quality that is desired from a leader.

Following are 20 famous Indian Military quotes that you should know.

“If a man says he’s not afraid of dying, he’s either lying or he’s a Gurkha”.
-Field Marshal Sam Manekshaw (First Field Marshal)

“No sir, I will not abandon my tank, My gun is still working and I will get these bastards”.
-2nd Lt. Arun Khetrapal PVC(Battle of Basantar, 16th December 1971)

“If death strikes me before I prove my blood, I swear I will kill death”.
-Capt. Manoj Kumar Pandey PVC (Operation Vijay 1999)

“Some goals are so worthy its glorious even to fail”.
-Capt. Manoj Kumar Pandey PVC (Operation Vijay 1999)

“Either I will come back hoisting the tricolor or come back wrapped on it, but I will be back for sure”.
-Capt. Vikram Batra PVC (Operation Vijay 1999)

“We fight to win and win with a knockout, because there is no runner up in wars”.
-General J.J. Singh

“Make your role so worthy in life that people applaud you even after the curtain falls.”
-Col. M.N. Rai AC (Operation at Tral, 2015)

“You have never lived until you have almost died, and for those who choose to fight, life has a special flavor. The protected will never know”.
-Capt. R Subramnium KC (Counter Insurgency,2000)

“We live by chance, we love by choice, and we kill by profession”.
-Officers’ Training Academy Chennai

“When you go home tell them of us and say, for their tomorrow, we gave our today”.
-Kargil War Memorial

“Soul is immortal. It can neither be pierced nor can it be burnt. Neither can it be dampened by water nor could be blown by air”.
-IMA War Memorial

“How can a man die better, than facing fearful odds. For the ashes of his fathers, for the temple of his gods”.
-Rezang La War Memorial

“Quartered in snow, silent to remain when the bugle calls, they shall rise and march again”.
-Siachen Base Camp

“May the god show mercy on our enemies because we won’t”.
-Anonymous

“Our flag does not fly because the wind moves it. It flies with the last breath of each soldier who died protecting it”.
-Anonymous