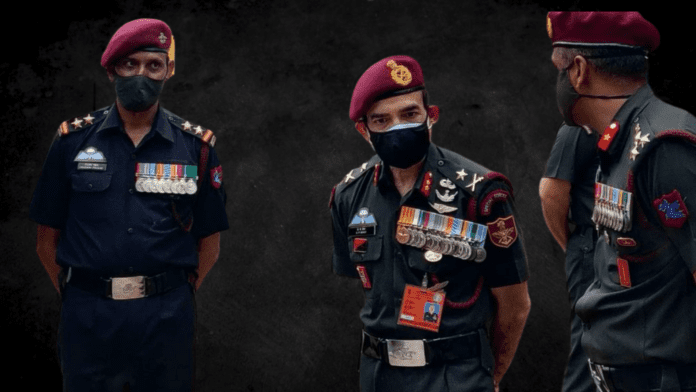 In this blog we are going to discuss the badges worn by Indian Para Commandos.

We know that the Para Commandos are of the most elite and skilled soldiers that countries have in its force.

Likewise, Indian Para Commandos are also the bravest of brave known all of over the country. Highly skilled in combat and at the same time also well prepared to tackle the adversities.

We all know that the credit for the Surgical Strikes in 2016 also goes to the Indian Para Commandoes.

Every regiment has their different badges and insignia that they wore in their dresses. Similarly, the ‘Red Devils’ or the Para Commandos also have a variety of badges earned by them through rigorous training.

These badges worn simply speaks volumes about the man who has earned them, the badges have a different meaning which is discussed in the blog.

Following are the badges earned by the Indian Para Commandos:

Hope you liked the blog and we wish as many of you to earn these special badges in the future. All the best. Stay tuned to DDE.