Indian Air Force Aircrafts That Every Aspirant Must Know 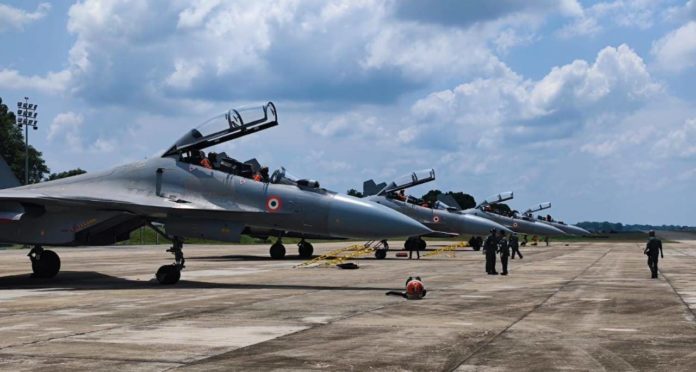 List of Indian Air Force aircrafts. Pronouncing Indian Air Force gives us goosebumps and why not, looking into history, it has always made India proud by the operations and wars it has been a part of. Friends let me tell you, if you are aspiring to join this prestigious force, then swell your chest with pride. Now you must know about the important aircraft and weapons that Indian Air Force possesses some of which I am going to list here.

The Mikoyan Mig – 29 is a twin engine fighter aircraft designed in the Soviet Union. In 2020, India ordered 21 MiG-29s from Russia.

The Sukhoi Su 30 is a twin- engine, two seat multirole fighter for all-weather air-to-air and air-to-surface operations. It is developed by Russia’s Sukhoi Aviation Corporation.

The SEPECAT Jaguar is a British-French jet attack aircraft originally used by the British Royal Air Force and the French Air Force in the close air support and nuclear strike role.

20 Stunning and Incredible pictures of Sukhoi 30...