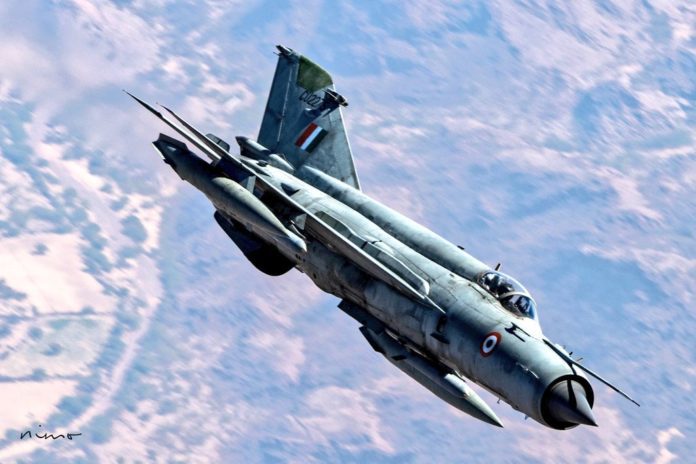 IAF Mig-21 crash in Barmer Rajasthan. A twin seater Mig-21 trainer aircraft of the IAF was airborne for a training sortie from Utarlai air base in Rajasthan last evening. Around 9:10 pm, the aircraft met with an accident near Barmer in which both the pilots lost their lives.

“Deeply anguished by the loss of two Air Warriors due to an accident of IAF’s Mig-21 trainer aircraft near Barmer in Rajasthan,” Singh said on Twitter.

“Their service to the nation will never be forgotten. My thoughts are with the bereaved families in this hour of sadness,” he said.

One of the pilots in yesterday’s MiG-21 crash was 26-year-old Flight Lieutenant Advitiya Bal of Jammu. The family of the pilot has been informed about the incident.

The accident once again put the spotlight on the IAF’s aging fleet of Soviet-origin MiG-21 aircraft which were involved in around 200 accidents since their first induction in the early 1960s.

How IAF MiG 21 shot down the Pakistani...