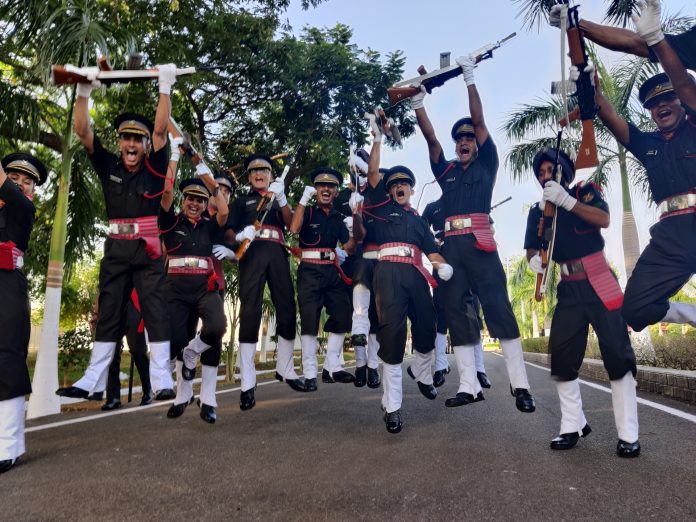 During the POP, five Gentleman Cadets and seven Women Cadets from  the mountain kingdom of Bhutan also graduated after completing the training.

Parents of the cadets were not invited to witness the passing out parade because of the Covid-19 protocols.

However, OTA had made arrangements for live streaming of the POP and Pipping Ceremony on Doordarshan and YouTube Channels.

The Reviewing Officer complimented the officer cadets and Staff of the OTA on the excellent all round standards displayed by all.

He exhorted the passing out cadets to always adhere to the core values of ‘Selfless Service to the Nation’ and strive for excellence in all their endeavours.

The immaculate drill of Officer Cadets marching to enthralling  martial tunes left the audience spell bound. It was a proud moment for the officer cadets, as also the Instructors and Administrative Staff of OTA who over the last 11 months have seen the transformation of these proud men and women into future leaders of the Indian Army.