Elite Armoured Corps, Indian Army – All You Need To Know 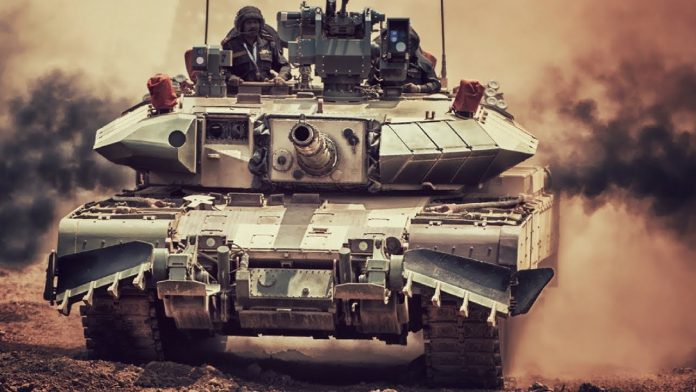 Elite Armoured Corps, Indian Army – All You Need To Know

After Independence, the Centurion and Vijayanta Tanks of Armoured Corps roared at the Western border in the 1965 and 1971 Indo-Pak Wars. In the pavement of Modernization, Armoured Corps was equipped with Russian T-55, T-72, and T-90 tanks. Indigenously designed and developed Arjun Main Battle Tank is serving in the Indian Army after the lethal upgrade.

The T-90 tank is also procured from the Russian Federation. A total of 3 member crew is required to operate the T-90 Bhishma Tank. The main weapons of T-90 Bhishma are 125 Smoothbore Gun/Canon and 7.62 mm Machine Gun. The 12.6 mm Anti Aircraft Machine Gun can also be fitted in T-90. The Defence Research and Development Organisation has upgraded the tank with fire control systems and Thermal Night Sight Camera. The maximum speed of the T-90 Bhishma Tank is 60 Kmph.

Arjun Main Battle Tank is an indigenously designed and developed tank, currently serving in the Indian Army. The Defence Research and Development Organisation played an important role in making the Arjun MBT along with private sector companies. A total of 4 member crew is required to operate the Arjun MBT. The main weapons of Arjun MBT are 120 mm rifled tank Gun and 12.7 mm Anti Aircraft Machine Gun. Additionally, Smoke Grenades and modern protective Armor are integrated with Arjun MBT. The maximum speed of Arjun MBT is 70 Kmph.

Also Read: When And Why Does Armoured Corps Celebrate Armoured Day

Also Read: Regiment of Artillery Indian Army – All You Need To Know