Artillery weapons of Indian Army : All You Need To Know 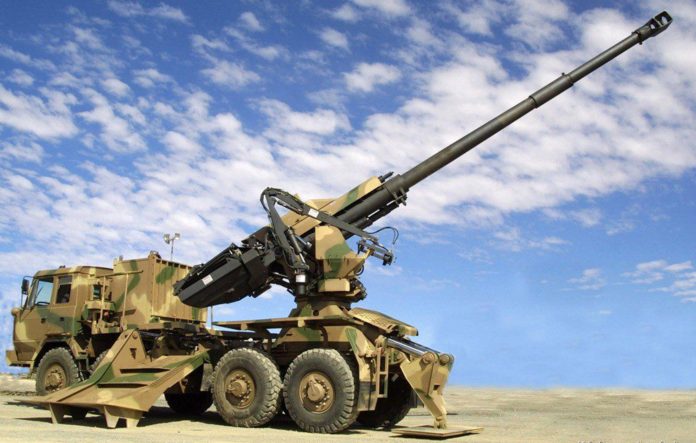 Artillery weapons of Indian Army : All You Need To Know

In this article we will learn about the various artillery weapons of Indian Army. Artillery weapons are referred to as ‘the power of Army’ along with the braveheart soldiers. The exhibition of these weapons and the parade on the republic day also gives us goosebumps. So, here we are with the information related to the artillery weapons used by the Indian army.

The Dhanush is a 155 mm towed howitzer used by the Indian Army. And besides that, the design is based on the Bofors Haubits FH77.

Likewise the M777 howitzer is a towed 155 mm artillery piece. The ground forces of Australia, Canada, India and Saudi Arabia also use the howitzer.

FH77 is a Swedish 155 mm howitzer. It was developed and manufactured by Bofors. In order to use standard NATO ammunition, the FH77B was developed.

Pinaka is a multiple rocket launcher produced in India and developed due to the efforts of the Defence Research and Development Organisation (DRDO) for the Indian Army. Above all, it can fire 12 rockets in just 44 seconds.

The K9 Thunder is also a South Korean self-propelled 155 mm howitzer. Samsung Techwin has developed it.

The 105 mm Indian Field Gun was designed by the Armament Research and Development Establishment, or ARDE, in 1972.

It is a Soviet truck-mounted 122 mm multiple rocket launcher.

So these were the artillery weapons of Indian army that has been a part of major historical wars. And every Indian army aspirant must have the basic idea about the type of weapons used there.