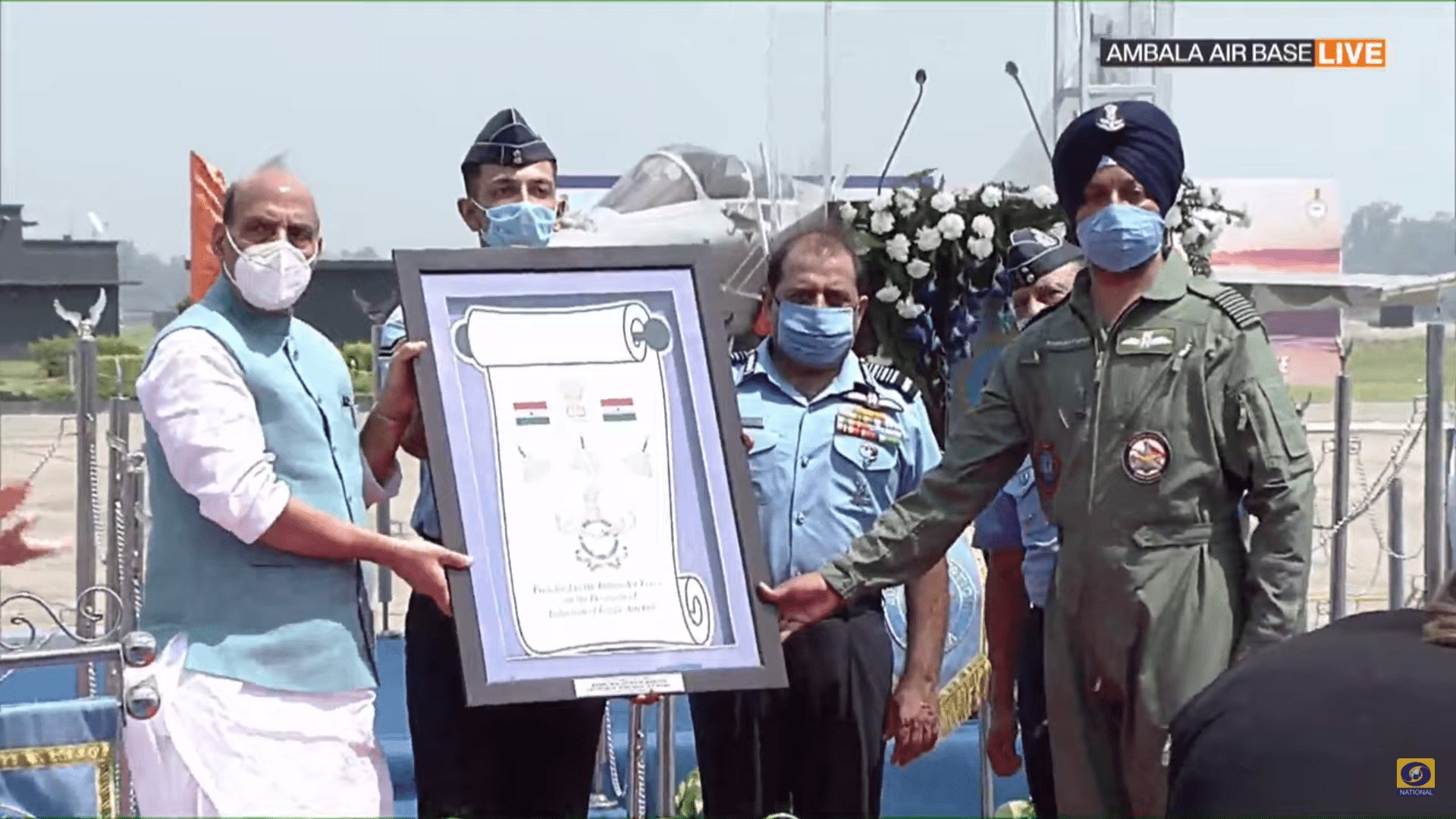 The five out of 36 rafale jets have landed in India in the month of July. The 17 Squadron IAF (Golden Arrows) will have first five rafales.

The 17 Squadron is restructured for inducting the Rafales. Group Captain Harkirat Singh, Shaurya Chakra is the commanding officer of 17 Squadron.

The induction ceremony formally started with the Savra Dharma Pooja in the Rafale hangar followed by the Air show. The Rafales, Sukhoi-30Mki, Jaguar and LCA Tejas put a mesmerizing Air display.

The Helicopter Display team Sarang performed the bone-chilling show in the induction ceremony.

Rafales received the water cannon salute at the Ambala Airbase.

Chief of Air staff RKS Bhadauria addressed the Induction ceremony. The IAF chief congratulated the Air warriors of Ambala Airbase. Making rafales operational in a short time is a big task, he added.

Honourable Defence Minister Rajnath Singh talked about the growth of self-reliant India in the Defence Sector.

Her excellence Florence Parly congratulated both the Indian and French governments. And also mentioned strong ties between them in the defence sector.

To sum up, induction of rafale gives the cutting edge air superiority to the Indian Air Force. Above all,  five more rafales are expected to arrive in India, next month.