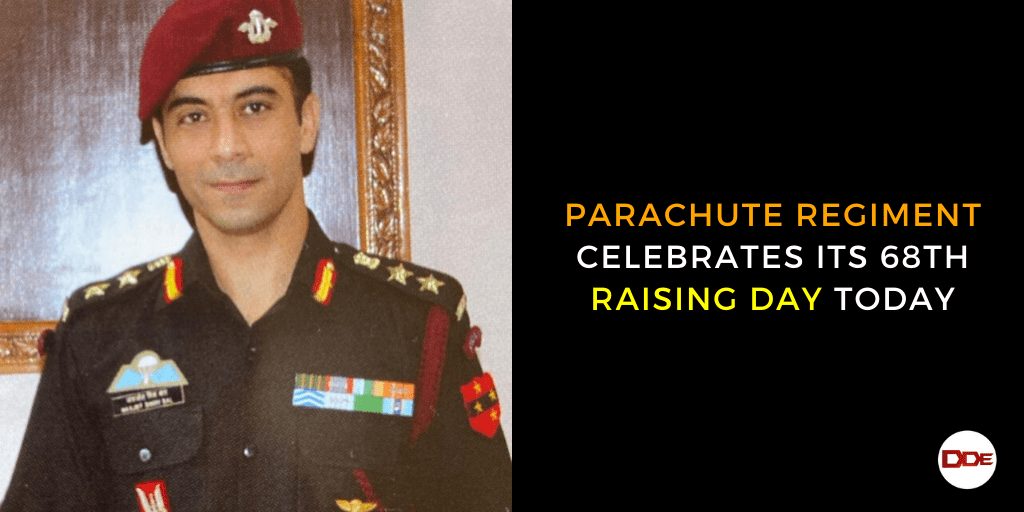 The Parachute Regiment of the Indian Army is celebrating its 68th Raising Day today (April 15). The regiment has a long history and many successful missions in its kitty. It traces its history to the British era when the earliest airborne regiment was formed in 1941. It fought alongside British troops at several locations across the world.

The Indian Army’s Parachute Regiment was officially formed in March, 1945, and took part in a military operation in Burma (present day Myanmar).

The re-raised regiment was also given a new formation sign, the Shatrujeet, which signified the operations readiness of the brigade.

MUST READ : Difference Between  Para SF And NSG Commando