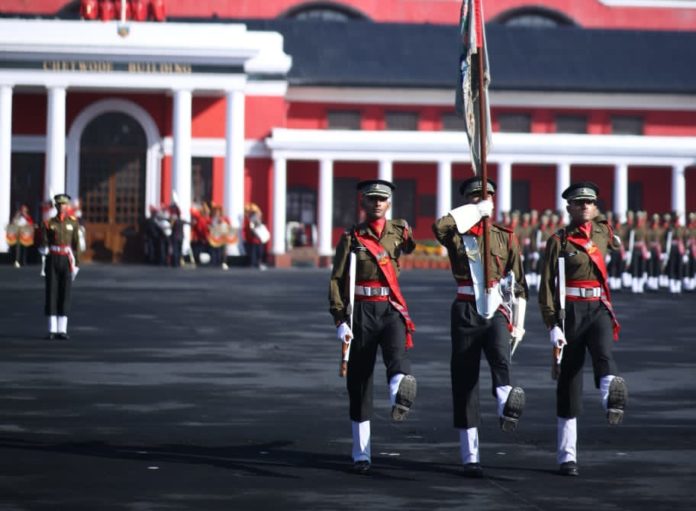 State-wise list of gentlemen cadets at Indian Military Academy Passing Out Parade 2022. Uttarakhand is popularly also referred to as the land of the brave soldiers and this was reflected again during the Passing out Parade (POP) at Indian Military Academy (IMA) on 10 December. Twenty nine young men from this small predominantly mountainous state became officers in the Indian Army during the POP of autumn term-2022. A total of 314 Gentlemen Cadets (GCs) became proud officers of the Indian Army on Saturday when they  step on the Antim Pag (last step) of the academy after the POP.

Uttar Pradesh with 51 GCs leads the table of State-wise representation of GCs while Haryana is at second position with a passing out contingent of 30 GCs. Uttarakhand is at third place with a contingent of 29 GCs in the parade.

Another big state Andhra Pradesh had only four GCs in the PoP while Tamil Nadu was represented by seven GCs in the passing out contingent. The State of Gujarat where serving in the armed forces is not considered a popular choice had five GCs passing out with this course. The States of Chhattisgarh and Jharkhand which were created along with Uttarakhand in the year 2000 had less representation with only four and two GCs  respectively.

A total of 30 cadets from the friendly nation also passed out from the Indian Military Academy on 10th December 2022.