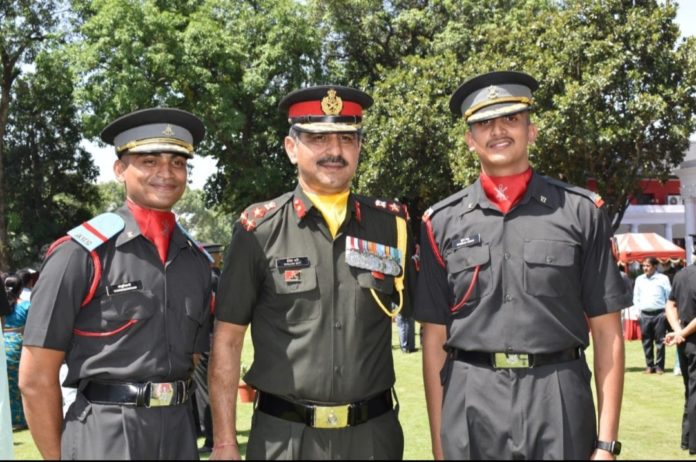 A total of 40 cadets graduated from the Indian Military Academy’s (IMA) Army Cadet College (ACC) in a ceremony held at the iconic Khetarpal auditorium of the prestigious Army training institute in Dehradun.

During the ceremony held on Friday, the cadets were conferred with degrees from the Jawaharlal Nehru University after completing the three-year course. They will now undergo a one-year training at IMA before being commissioned as officers into the Indian Army.

A press release issued by IMA stated that the graduation ceremony was presided by the institute’s commandant Lt Gen Harinder Singh who presented the degrees to the cadets in presence of Brigadier Shailesh Sati, commander ACC.

The IMA passing out parade would be held on June 11 in which a total of 377 gentleman cadets will graduate from the academy. They will be commissioned as officers in the Indian Army.