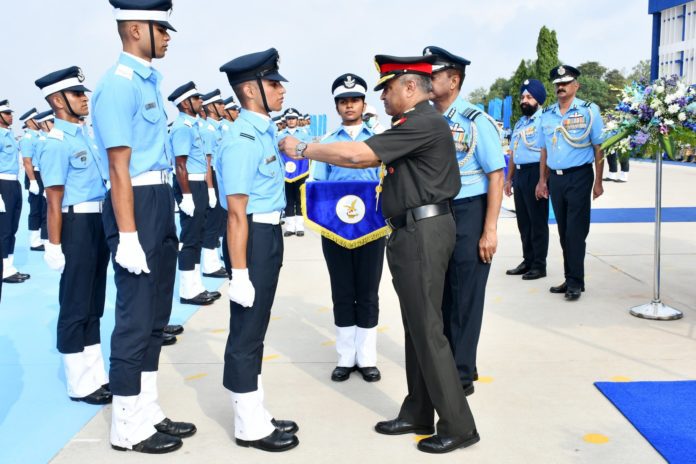 The sprawling ground sported a lively look with flight cadets of flying and ground duty branches triumphantly marching onto the field to be commissioned as officers in the Indian Air Force (IAF).

The march-past on the ground, a synchronised drill, and thrilling aerobatics in the air by various aircraft of the Indian Air Force astounded the audience that included family members of passing-out cadets and senior serving and retired officers.

Chief of the Army Staff, General Manoj Pande, who was the reviewing officer of the Combined Graduation Parade, inducted the graduating fight cadets with the ‘Wings’ and ‘Brevets’ and also conferred the President’s Commission on them.

Flying Officer Raghav Arora from the flying branch was awarded the President’s Plaque and the Chief of the Air Staff Sword of Honour for standing first in overall merit in the pilots’ course.