Remembering Galwan bravehearts who fought valiantly for the nation 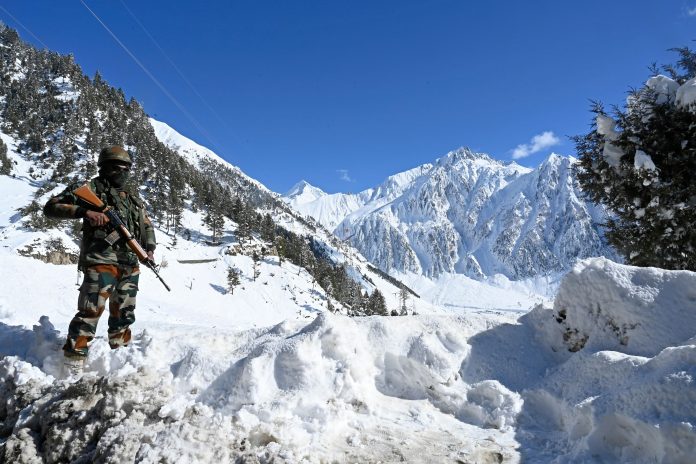 Remembering Galwan bravehearts who fought valiantly on June 15 last year when Ladakh’s Galwan Valley witnessed a violent clash between the Armies of India and China. The clash, in which 20 Indian soldiers were killed in action, was one of the worst in 45 years, and led to a military standoff with China and at least 11 rounds of military talks for the disengagement process.

Tensions had been high at the Line of Actual Control (LAC) weeks before the clash, with both sides deploying an increased number of soldiers at the border. India contended that China had moved into the Indian side of the LAC . Talks held between local military commanders of both the armies on June 6, led to a mutually-agreed disengagement process.

A buffer zone was to be created between the two armies, however, an Indian commander noticed a Chinese camp in the area and went to inspect. This escalated into a fight, resulting in deaths and injuries. While no shots were fired, a year-end review by the Defence Ministry states that China used “unorthodox weapons” at Galwan.

In February 2021, China acknowledged for the first time that five Chinese military officers and soldiers were killed in the eastern Ladakh clash.

A series of military talks end in stalemate

A meeting at the level of Major Generals of both armies took place at the Patrolling Point 14, following the clash, which brought the situation under control. Ten Indian Army personnel, captured by the Chinese, were returned on June 17 after talks at the diplomatic and military level.

A meeting between Corps Commanders of the Indian and Chinese armies ended with “mutual consensus to disengage” on June 16. However, no plan was drawn up and a series of meetings and diplomatic talks resulted in a stalemate.

“Army is preparing for the long haul and the standoff is expected to continue well into the winter,” sources in the army said, after a meeting between XIV Corps Commander Lt General Harinder Singh and South Xinjiang Military Region Commander Major General Liu Lin.

India sought a  restoration of status quo ante – of troops returning to locations before the faceoff began in May. Whereas, Chinese Foreign Ministry spokesperson Zhao Lijian in a series of tweets, five days after the clash, claimed that the “Galwan Valley is located on the Chinese side of the Line of Actual Control in the west section of the China-India boundary. For many years, the Chinese border troops have been patrolling and on duty in this region.”

The series of of meetings continued till end of 2020, with an escalation in September, when Chinese PLA claimed that Indian troops had fired warning shots, prompting it to “take countermeasures to stabilize the situation on the ground” in Pangong Tso, one of the most contentious sectors in Ladkah.

The first major breakthrough in talks to resolve the nine-month military standoff was only reached in February 2021. China’s Defence Ministry announced that Chinese and Indian troops on the southern and northern shores of Pangong Tso began “synchronized and organized disengagement”. The agreement was in line with the consensus reached between Corps Commanders when they last met on January 24 during the ninth round of military talks.

Senior Colonel Wu Qian, spokesperson for the Chinese Ministry of National Defense, in a written statement, said: “The Chinese and Indian frontline troops at the southern and northern bank of the Pangong Tso Lake start synchronized and organized disengagement from February 10.”

In a statement, Defence Minister Rajnath Singh said that “there are still some outstanding issues that remain regarding deployment and patrolling on LAC” and mentioned that “our attention will be on these in further discussions”.

Apart from the north and south bank of Pangong Tso, the other friction points include PP15 in Hot Springs, PP17A in Gogra Post area, PP14 in Galwan Valley and the Depsang Plains in the far north where Chinese troops have been blocking Indian soldiers at a place called the Bottleneck, preventing them from accessing their traditional patrolling points PP10, PP11, PP11A, PP12 and PP13.

Following the disengagement in the north and south banks of Pangong Tso, Army Chief General M M Naravane stated on May 19, “with no transgressions happening with no violations of this disengagement, I think the trust has built up.”