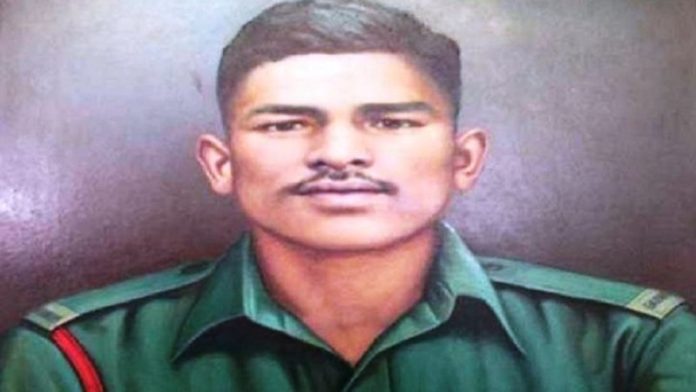 Jaswant Singh : A Soldier Who Killed 300 Chinese Enemies All Alone

In today’s blog, we are going to foster you by telling a tale of Jaswant Singh Rawat, an exceptional soldier of the Indian Army. The soldier is known to kill 300 Chinese troops all alone during the Indo-Chinese war of 1962.

Isn’t it something that could give anyone goosebumps?

Well, Indian soil is known in the world for the bravest of the braves. The name of the soldier who killed 300 Chinese enemies alone was Rifleman Jaswant Singh Rawat. For his courage and nerve of steel, he had been conferred with the Mahavir Chakra “The second highest gallantry award during wartime”.

This blog will cover all the things you want to know about this brave soldier.

How he countered the Chinese for three days alone:

Batte of Naurang ‘The Local Story’:

The orders for the 4th Garhwal Rifles were to retreat their position but Rifleman Jaswant Singh remained at his position and repulsed the Chinese for three days from overrunning the post.

The local story tells that Jaswant Singh was assisted by two local girls Sela and Nura.

They put the guns in various places over the Indian post in such a manner that Chinese believed that the post has many soldiers.

Jaswant Singh continued to defend the post in this way for the next 72 hours.

But the Chinese finally caught the man who was supplying Jaswant Singh the ration.

The man told the Chinese that there is only one man, knowing this fact the Chinese attacked in full force.

One of the girls Sula was killed by the grenade burst while the other girl was captured.

Jaswant Singh Rawat killed himself with his last bullet before getting captured by the Chinese.

According to the unit records he killed more than 300 soldiers in the battle, the Chinese were so angry with him that they cut off his head back to China.

After the ceasefire impressed by the soldier’s bravery, the Chinese returned his head along with a brass burst of Jaswant Singh.

The burst was an honor conferred for the valor displayed by the soldier.

The official citation at Jaswantgarh Memorial which was raised to honor Rifleman Jaswant Singh says:

The 4th Garhwal Rifles was awarded the “Battle Honor Nuranang”, the only battle honor awarded to an Army unit in the Sino-Indian war of 1962.