Meet Capt Shiva Chauhan, The first woman to get deployed in Siachen 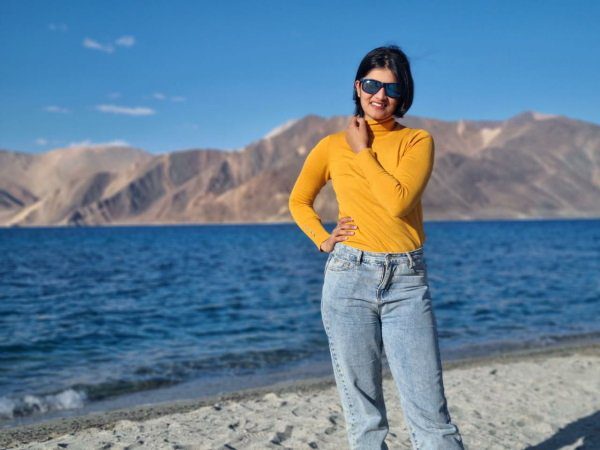 Captain Shiva Chauhan has become the first woman army officer to get operationally deployed on the Siachen Glacier, the world’s highest battlefield.

The officer was deployed at the Kumar post, located at an altitude of around 15,600 feet in Siachen, on Monday for a period of three months after she underwent rigorous training.

Captain Chauhan will be leading the team of Sappers entrusted with the task of carrying out various combat engineering assignments, the Army said. The officer underwent rigorous training at the Siachen Battle School where she trained alongside the officers and men of the Indian Army. The training included endurance training, ice wall climbing, avalanche and crevasse rescue and survival drills, they said.

Earlier, women officers were posted to Siachen base camp, located at about 9,000 feet, as part of their regular postings along with the unit.

The Siachen Glacier region holds military significance for the country and is known as the highest militarised zone in the world where the soldiers have to battle frostbite and high winds.

The officer was posted at the Kumar post, located at an altitude of around 15,600 feet in Siachen, on Monday for a three-month stint after she underwent rigorous training.

Shiva, commissioned into the Engineer Regiment in May 2021, has done her schooling in Udaipur and holds a bachelor’s degree in Civil Engineering. She lost her father at the young age of 11 and her mother who is a housewife who took care of her studies. Since her childhood, she had been motivated to join the Indian Armed Forces and showcased unparalleled zeal during training at Officers Training Academy (OTA), Chennai.

As per the Army, Captain Shiva has been taking up challenging tasks right from the beginning of her service days. At a young service of one year, Captain Shiva displayed grit and determination by successfully leading the Sura Soi Cycling Expedition from Siachen War Memorial to the Kargil War Memorial conducted on the occasion of Kargil Vijay Diwas in July 2022 covering a distance of 508 km.

“The officer then took up the challenge of leading the men of Sura Soi Engineer Regiment at the world’s highest battlefield and based on her performance was selected to undergo training at the Siachen Battle School,” the Army said.