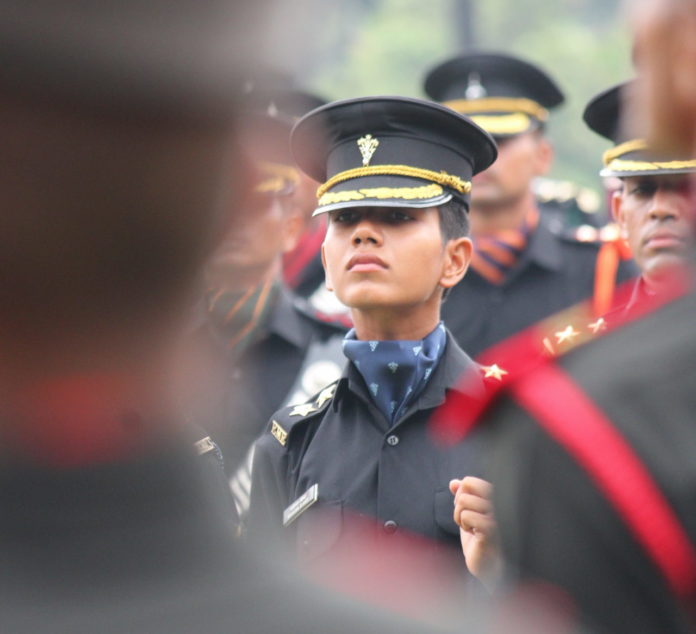 The number of women serving in the Indian Armed Forces has increased recently. The government has made tremendous efforts to raise the percentage of female officers and other ranks as part of a strong drive to increase the number of women joining the armed forces (ORs). There is a big push for women’s empowerment, whether it be in the military’s medical services or in combat duties.

According to a release by the Ministry of Defence, women officers of the Army Medical Corps and Army Dental Corps make up about 21.25% of the officers in the Indian Army. Participation of women makes up about 0.01 % of the total Junior Commissioned Officers (JCOs) and ORs.

The Armed Forces Medical College (AFMC), Pune and College of Nursing (MNS) has 30 and 220 seats reserved for female candidates, respectively.

Streams for women in the Armed Forces

Army: The Indian Army regularly reviews its approach to the employment of women in combat roles within the armed forces, which is a continuously evolving process. Currently, the Army is commissioning women into ten streams. Those streams include the Corps of Engineers, Corps of Signals, Army Air Defence, Army Service Corps, Army Ordnance Corps, Corps of Electronics and Mechanical Engineers, Army Aviation Corps, Intelligence Corps, Judge Advocate General Branch and Army Education Corps. Additionally, there are women-only entries in the Armed Forces Medical Services where they are commissioned as Doctors and Military Nurses.

The entry of women cadets in the NDA, the permanent commissioning of SSC women officers, and the hiring of women as Provost JCOs/OR are some of the latest progress for female Defence aspirants.

Air Force: There are plenty of opportunities for women in the Indian Air Force as Women officers are inducted in all the branches and streams. Officers’ recruitment in the air branch of the armed forces is gender-neutral. The career opportunities in IAF are widely publicized through print/ electronic media and special publicity drives.

Since July 2017, there has been one more opening for women through NCC Special Entry for flying SSC (Women). IAF’s experimental scheme to induct women in all the combat roles which came in 2015, has now been regularised as a permanent scheme.

Navy: The Indian Navy began inducting women as officers in 1991. The Navy gradually allowed women officers for all its branches including their induction through NDA. Additionally, starting in 2022, women will be recruited for the first time as sailors under the Agnipath Scheme, with 20% of the available positions reserved for them.