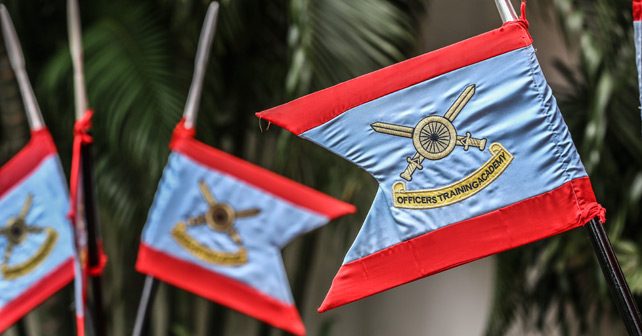 Officers Training Academy [OTA] Chennai will witness the Passing Out Parade of SSC – 112 course and SSC(W) – 26 course at the Parameshwaran ground on 20th Nov 2021. Normally right there to experience the proud moment and congratulate their sons, parents of the newly commissioned army officers this year had to be content with watching the parade virtually.

Since the family members would not be attending the passing out parade at OTA, Indian Army would put in maximum efforts to ensure that the event is covered extensively in real-time through media so that they could witness their dear ones gloriously passing out as officers of Indian Army.

Officers Training Academy passing out parade will be live telecasted on DD Bharti and DD Podhigai. Apart from this users can also watch the live telecast on Youtube Channel “OTA CHENNAI MEDIA“.

Officers Training Academy or OTA Chennai is a premier institute of Indian Army for training Men and Women into officers for the Short Service Commission into Indian Army.

The Academy is located amid a sprawling estate of 650 acres traversed by River Adyar adjoining the Chennai International and Domestic Airport, about 15 kms from the Chennai Central Railway Station along the Grand Southern Trunk (GST) Road in Chennai.