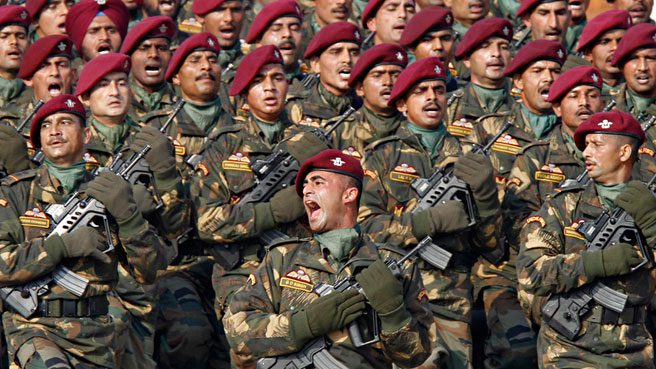 Through this article we will learn about the various Indian Army regiments and their war cries. In general shouting, yelling and roaring at high pitch has always been a masculine act. Even animals roar to show their dominance over others. Similarly humans do so as well. Members of same military unit chant together to show their dominance and confidence. It is an act of heroism.

Here is the list of Indian army regiments and war cries:

Lastly, Punjab regiment has a similar war cry to that of Sikh light infantry. Also 1,3,4,5,8,9,11 Gorkha rifles have exactly the same battle cry.

5 Gorkha rifles is also known as the frontier force. 1 gorkha Rifles, also known as 1 GR is the oldest infantry regiment while Sikkim scouts which is active from 2013 is the newly formed regiment.

The state of Uttar pradesh has a total of 7 infantry regimental centers. The famous parachute regiment is in Bangalore, Karnataka.

What Is Short Service Commission In Indian Army