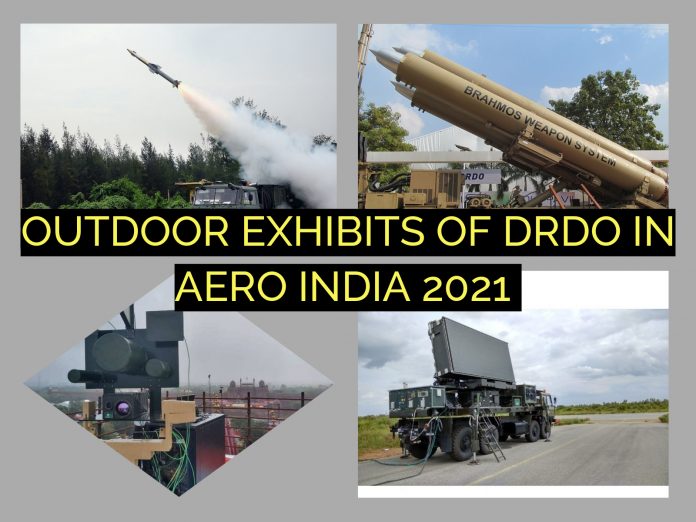 The Defence Research and Development Organisation DRDO exhibited its inventory at Aero India 2021 DRDO Outdoor Exhibition. In the Pavement of “Atmanirbhar Bharat”, DRDO is developing the futuristic technologies for the Indian Armed Forces.

The Outdoor Exhibits of DRDO consisted:

Defence Research and Development Organisation DRDO is a research agency of the Department of Defence Research under the Ministry of Defence. Its headquarters is located in DRDO Bhawan, New Delhi. It looks after the Defence R&D and New Generation Technologies to inducted into the Service of Nation. The DRDO Field of Research is Armament, Armoured Vehicles, Aeronautical, Electronic Communication, Missile and developing modern-day Technologies.

The present Chairman of DRDO is Dr G Satish Reddy. It has a Network of 46 Lab spread across the country involved in many research projects. DRDO played an important role in the development of LCA Tejas, New systems in Su 30 MKI, Arjun MBT, Dhanush Howitzer, Upgrades of Aging Fighter like MiG 23 and MiG 27 and many more.