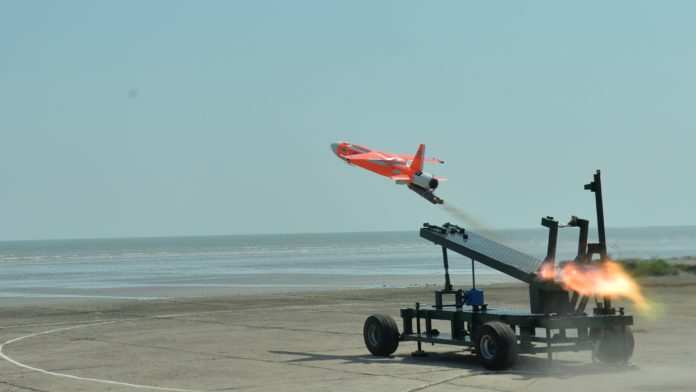 DRDO Abhyas is a high-speed expendable aerial target (HEAT) being built by the Aeronautical Development Establishment (ADE) of the Defence Research and Development Organisation (DRDO) for the Indian Armed Forces. Abhyas offers a realistic threat scenario for the practice of weapon systems for the Indian Air Force.

Aeronautical Development Establishment (ADE) is a key Aeronautical Systems Design Laboratory under DRDO. It is involved in the design and development of state-of-the-art Unmanned Aerial Vehicles (UAV) and Aeronautical systems and technologies to meet the requirements of the Indian Armed Forces.