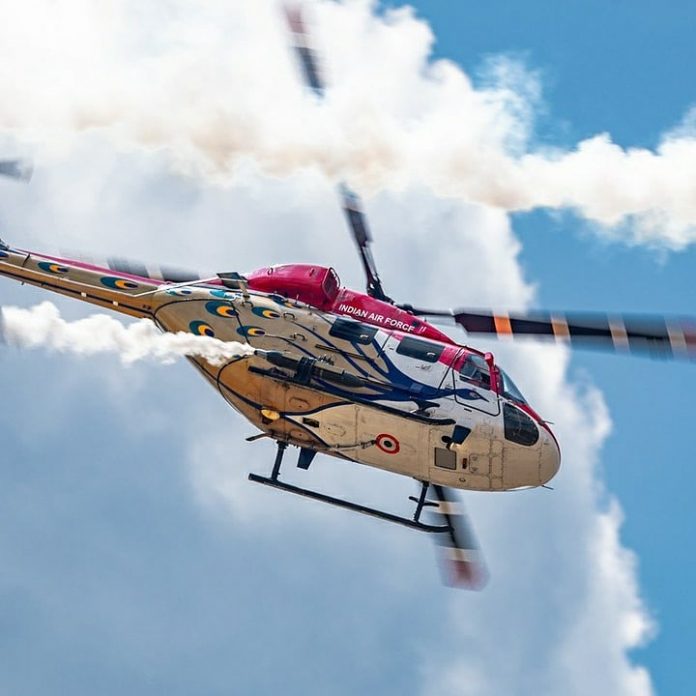 The Sarang Helicopter Display Team of the IAF is all set to perform for the first time at the MAKS International Air Show held at Zhukovsky International Airport, Russia. The air show is a biennial fixture and this year’s edition is scheduled from 20 July 2021 to 25 July 2021.

This is the first occasion when the Sarang Team is performing its four helicopter aerobatics display in Russia, with its ‘Made in India’ ‘Dhruv’ Advanced Light Helicopters (ALH). These HAL manufactured machines have hinge less rotors and are equipped with state-of-the-art avionics, which makes them extremely suitable for military aviation. Apart from the IAF, the Indian Army, the Indian Navy and the Indian Coast Guard also operate this helicopter.

The Sarang Team was formed in 2003 at Bangalore and its first international display was at the Asian Aerospace Airshow at Singapore in 2004. Since then, Sarang has represented Indian aviation at air shows and ceremonial occasions in UAE, Germany, UK, Bahrain, Mauritius and Sri Lanka till date.

Apart from aerobatics displays at national and international venues, the team has also taken active part in numerous Humanitarian Assistance and Disaster Relief Missions like Op Rahat in Uttarakhand (2013), Cyclone Ockhi in Kerala (2017) and Op Karuna flood relief in Kerala (2018).