Andaman and Nicobar Command – All You Need To Know 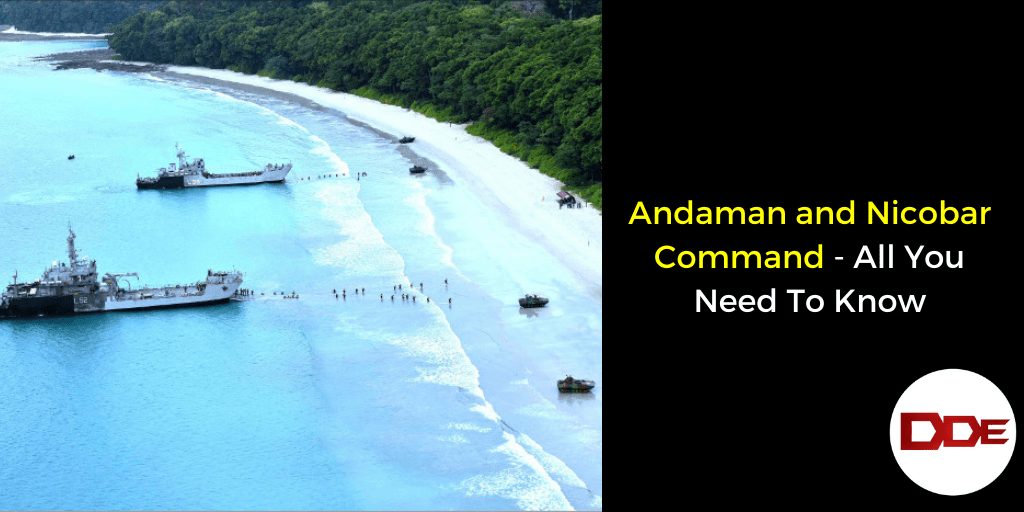 Andaman and Nicobar Islands are very strategically located in the Bay of Bengal. Critical Shipping and Supply routes are Navigated from this Area. These groups of Islands are important for the Indian Armed Forces to keep an eye on the activities in the South China Sea. The Andaman and Nicobar Zone has greater significance on the trade and Economy of the Indian Exclusive Economic Zone.

India, USA, Australia, and Japan have mutually agreed to the Quadrilateral Security Dialogue. It is aimed to counter the risk posed to the trade routes and Security of Navigating ships. These Quad Nations regularly conduct the exercises such as Malabar Exercise to show a strong presence in the region.

Bases of Andaman and Nicobar Command

Also Read: How Indian Air Force Is Overcoming The Problem Of Depleting Squadrons

10 things to know about the Andaman and...