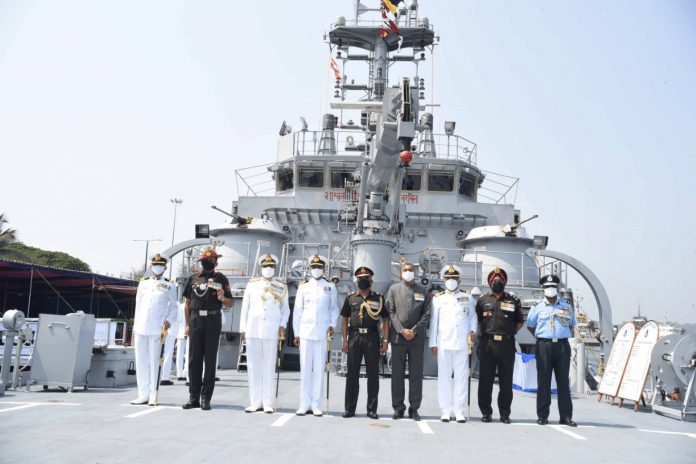 Commander Krishan K Yadav read the Commissioning Warrant as the first Commanding Officer of the ship. The ship is manned by a motivated team of five officers and 50 sailors. Indigenously designed and built by GRSE, Kolkata, the ship’s commissioning has added one more feather in the cap of the nation’s ‘Make in India’ & ‘Atmanirbhar Bharat’ programme in the field of warship design and construction. 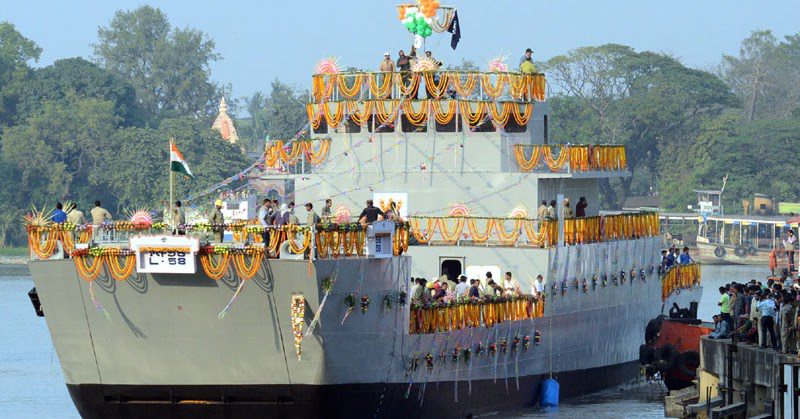 The Naval Landing Craft Utility L58 is an amphibious ship that can carry 160 troops, in addition to its crew. With a displacement of 900 tons, the ship is capable of carrying various types of combat vehicles such as Main Battle Tanks (MBTs), BMPs, Armoured Vehicles, trucks, etc. The ship measures 63 meters in length and is fitted with two MTA 4,000 series engines, which are capable of propelling the ship at speeds of up to 15 knots (28 kmph). The ship is also fitted with an advanced Electronic Support Measure (ESM) suite to intercept enemy radar transmissions, an advanced Integrated Bridge System (IBS) and a sophisticated Integrated Platform Management System (IPMS), which allow single station monitoring of the ship’s navigational and machinery equipment respectively. 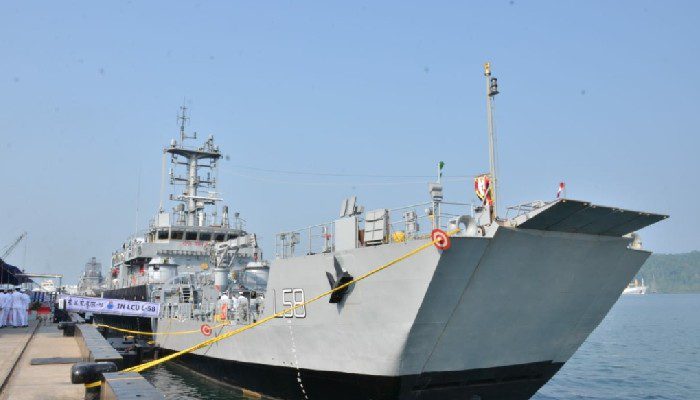 The amphibious ship Landing Craft Utility LCU 58 would be based at Port Blair and will be deployed in a variety of roles such as Beaching, Search and Rescue, Disaster Relief, Coastal Patrol and Surveillance operations along the Andaman and Nicobar Group of Islands, Bay of Bengal and in the Indian Ocean. It will augment the Indian Navy’s mobility, reach and flexibility, furthering the Andaman and Nicobar Command’s motto, ‘Victory through Jointness’.

10 things to know about the Andaman and...

Andaman and Nicobar Command – All You Need...