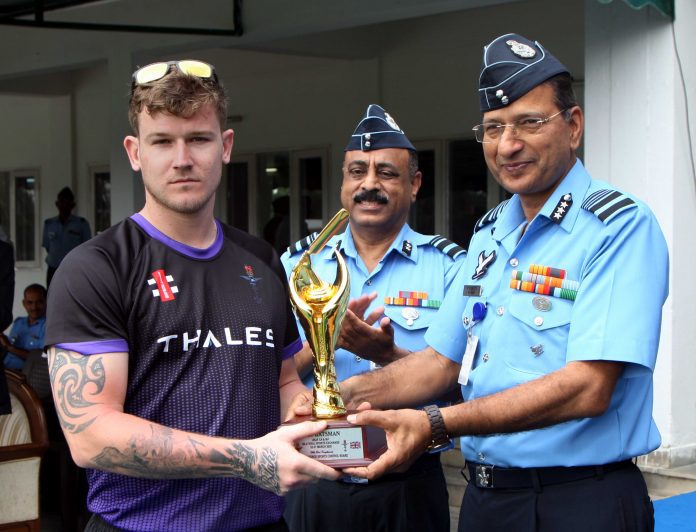 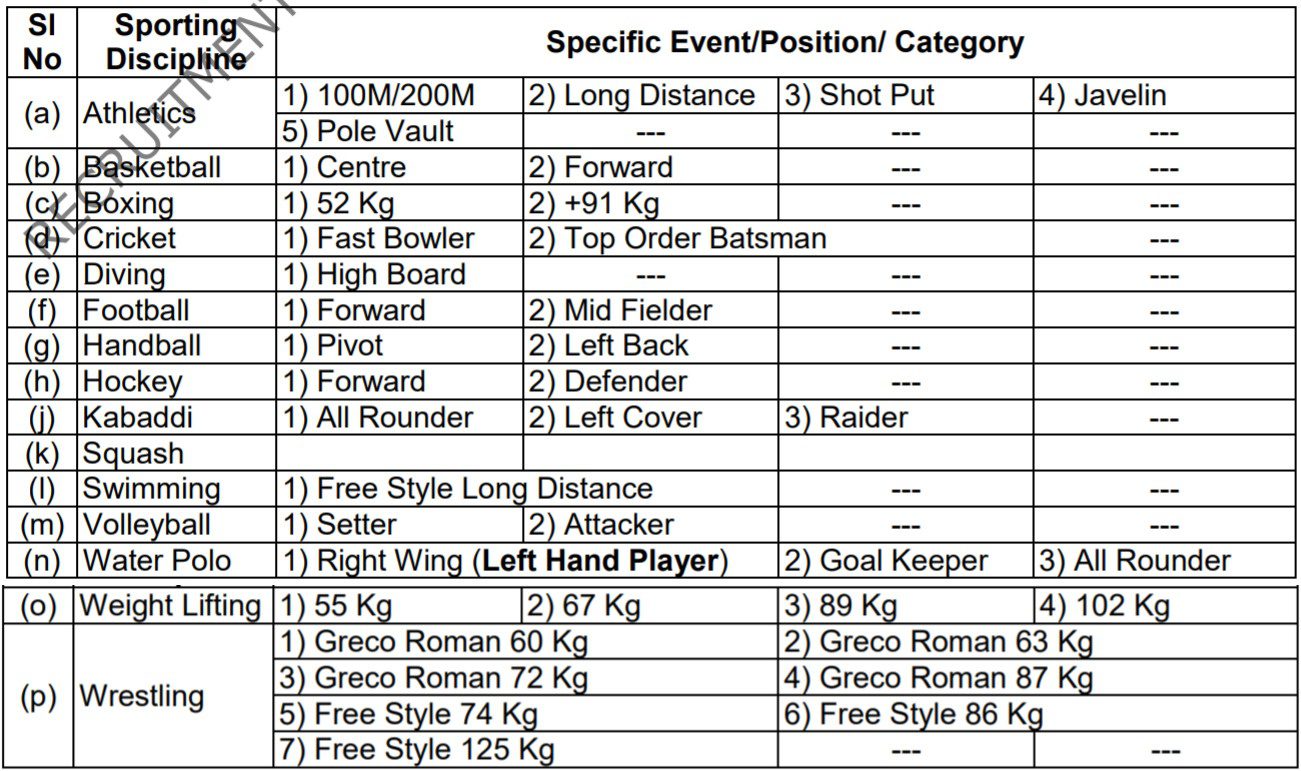 Education Qualification: Passed Intermediate / 10+2 / Class XII / Equivalent Examination in any stream /subjects approved by Central/State Boards of education. Education Boards listed in Council of Boards for School Education (COBSE) website as members, as on last date of submission of application, shall only be permitted.

(i) Individual should have represented the country in Junior/Senior International meets in any of the above mentioned sports discipline. The current achievement would be given preference during selection trials.

(iii) In team events, the individual should have represented state in Junior National Championship conducted by respective Sports Federations in above mentioned sports discipline. The current achievement would be given preference during selection trials.

ELIGIBILITY (FOR CRICKET DISCIPLINE ONLY) :

Only those Individuals to apply who have played BCCI Trophies – U-19, U-23, Ranji Trophy, Dilip Trophy, Deodhar Trophy or higher participation. 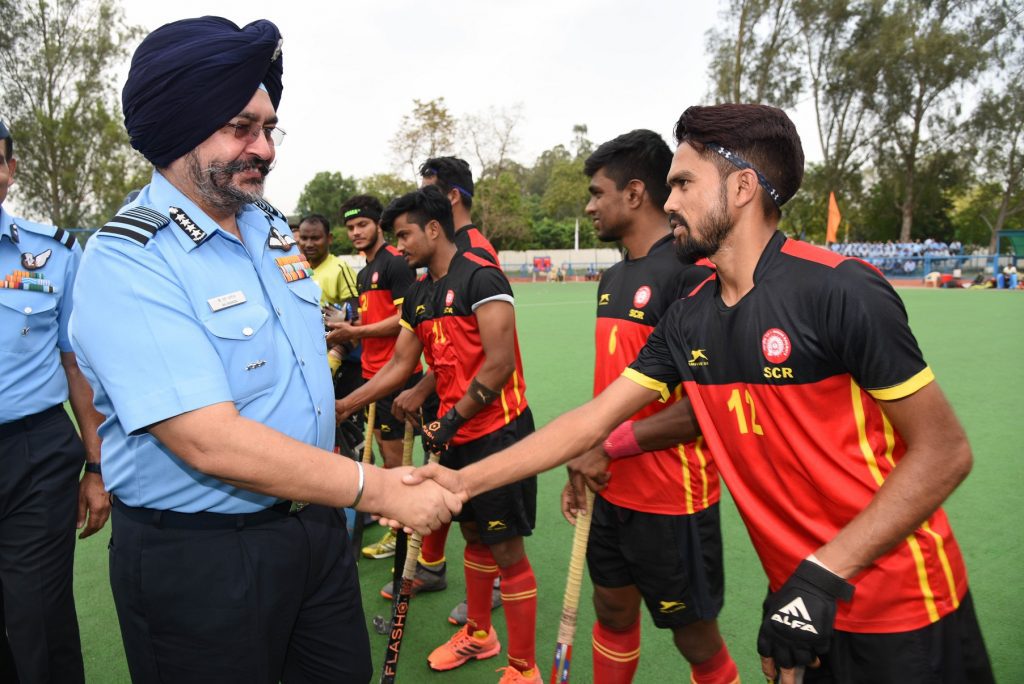 HOW TO APPLY :
Application form: A print of the application form is to be taken on A4 size paper only as per the prescribed format given at the end of the advertisement (Download Below). Non-standard application forms will be rejected.

The application form completed in all respects (signature, left hand thumb impression, affixing photograph as mentioned in para 26 (a) of the advirtisement) along with educational and sports achievement documents are to be scanned and attached as an one single pdf file which is to be sent on the official e-mail id – iafsportsrec@gmail.com as one single mail only.

Repetition of mail from individual’s e-mail id or re-submission of same documents through different e-mail id’s is liable to be rejected. the candidates called to appear in the selection trials are to bring the following along with them:-

(a) Three copies of unattested recent passport size COLOUR PHOTOGRAPH (taken not more than one month before, from the date of hosting of the advertisement notification) is to be taken with candidate holding a black slate in front of his chest with his name, date of birth and date of photograph clearly written on it with white chalk in capital letters. (front portrait without headgear except for Sikhs), ONE of which is to be pasted on the application form.

(b) The other two photographs are to be brought along with the application form. The Photographs should be as per Para 26 (a) of the Advertisement and to be only on good quality “Photo Paper.”