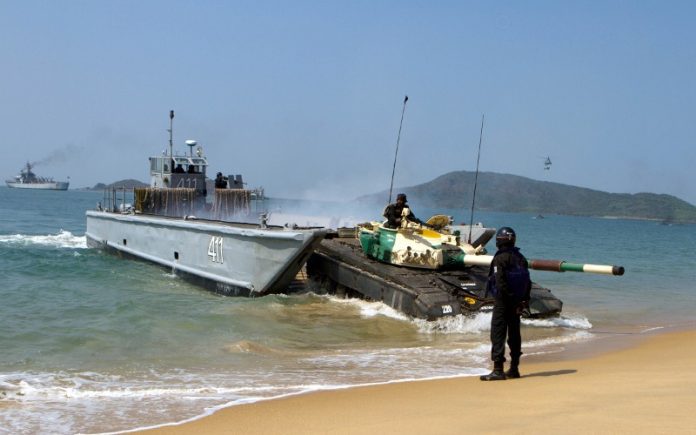 Exercise Kavach concludes in the Bay of Bengal and the Andaman Sea under the aegis Andaman and Nicobar Command. All the Tri services assets of the Indian Armed Forces have participated in the Kavach Exercise. In this exercise, the Indian Coast Guard has also participated with its assets. The exercise was scheduled in the last week of January.

The Naval ships of Eastern Command have also participated in this exercise. This exercise portrayed the strong presence of the Indian Armed Forces as a Multi-Dimensional Force in the Bay of Bengal, the Andaman Sea, and the Indian Ocean Region.

Also read: MARCOS aka Marine Commandos – All You Need To Know