How Indian Air Force Is Overcoming The Problem Of Depleting Squadrons 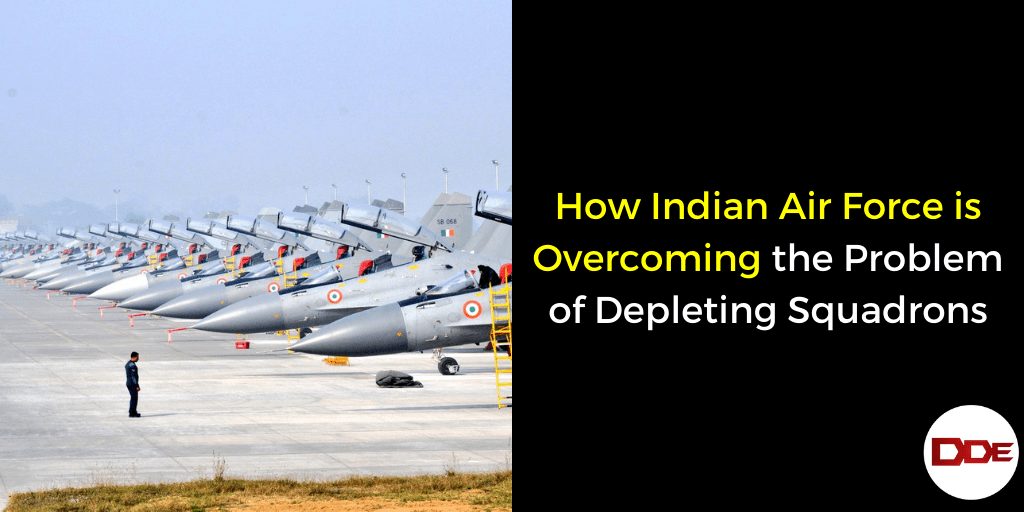 How Indian Air Force Is Overcoming The Problem of Depleting Squadrons

The Indian Air Force is inducting the French made Dassault Rafale. The Dual Engine Multi Role fighter is capable of conducting the Nuclear strike. The Indian Air Force has deployed the first squadron of Rafale i.e. 17 Squadron Golden Arrows in Ambala Air Base. In the following days, second squadron of Rafale will be based at strategically located Hasimara Air Base in West Bengal.

Since the induction of Su 30 MKI fighters, IAF had lost some of Su 30 fighters due to some technical problems. The Defence Acquisition Council cleared the procurement of 12 SU 30 MKI Fighters and 21 MiG 29 UPG fighter jets. Hindustan Aeronautics Limited will be manufacturing the Additional 12 SU 30 MKI Fighters in its Nashik Plant. And MiG 29 UPG fighters will be procured from Russia.

The Indian Air Force is in last phase to sign a deal with the Hindustan Aeronautics Limited (HAL) to procure 83  LCA Tejas Mk1A Fighters. The deal is estimated around the worth of 39,000 crores. The IOC and FOC versions of LCA are inducted into the No 45 Squadron Flying Daggers and No 18 Squadron Flying Bullets. In the following days, these Squadrons will be based along the Air bases near the Western Border.

The MMRCA deal is really Important for Indian Air Force to overcome the challenges of Depleting Squadrons. The IAF is keen to procure 114 fighters jets. The strong contenders for MMRCA deal are SAAB Gripen, Dassault Rafale, Boeing F-15 ex, Lockheed Martin F-21 and MiG 35 fighters. The MMRCA Deal is expected to get signed soon after selecting one fighter from mentioned above.

Hindustan Aeronautics Limited (HAL) and Defence Research and Development Organisation (DRDO) is developing a Fifth Generation Advanced Medium Combat Aircraft for Indian Air Force. The Fighter is still under structural developmental phase. The First prototype of AMCA Fighter will be coming out in late 2024 or early 2025. The AMCA will be capable of carrying out Nuclear Strikes with fifth generation Specifications in it.

The IAF has also inducted Apache and Chinook Helicopters in its Arsenals to upgrade its helicopter Stream. In Conclusion, the IAF is executing its best efforts to overcome the challenges and upgrade itself to Modern Era Air Force.