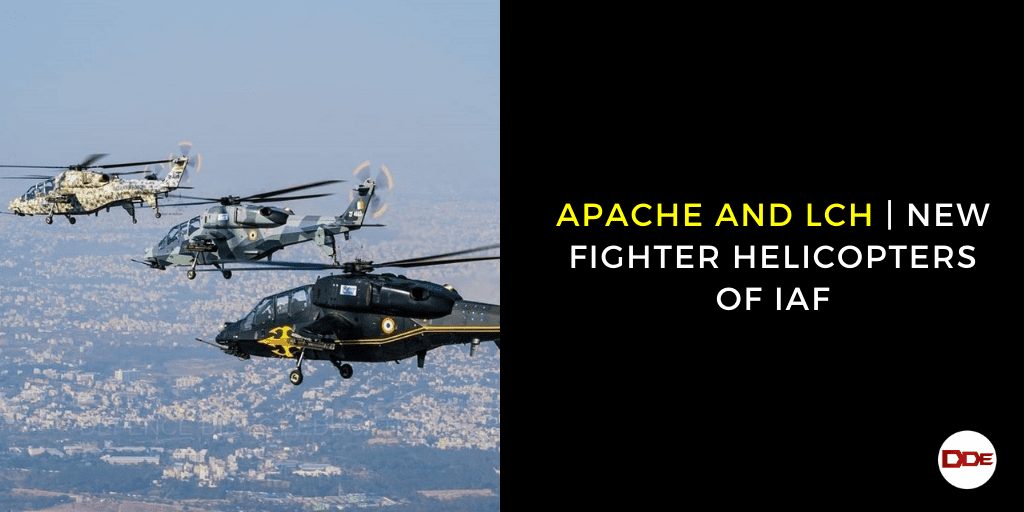 Indian Air Force is now fully fledged to operate two new Fighter Helicopters in its arsenal. The IAF have acquired the 22 Boeing Apache AH-64E and is in the process of inducting the Indian made HAL LCH (Light Combat Helicopter).

The need of Fighter Helicopters

The Development of LCH had begun in 2004 as derivative of Dhruv Helicopters. In the Following Years, the LCH began to take its shape into fully fledged Fighter Helicopter. The LCH has successfully finished its Summer, Winter and High Altitude Trials. The LCH is now operating in Icy heights of Ladakh. The IAF is keen procure 65 LCH and Indian Army is also keen to operate LCH.