India’s Ballistic Missile Defence System – All You Need To Know 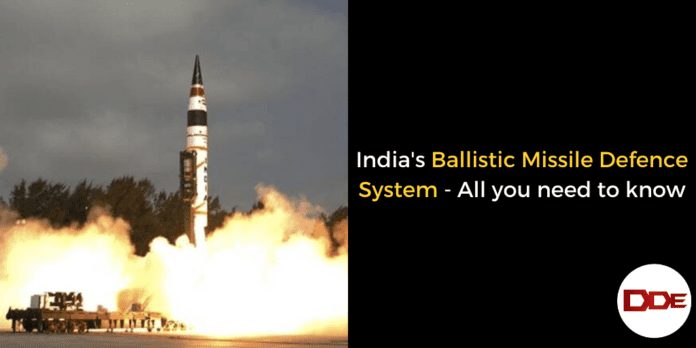 India’s Ballistic Missile Defence System – All you need to know

Pruthvi Air Defence Missing is jointly developed by DRDO, Bharat Electronics Limited, Bharat Dynamics Limited and other Private Sector Companies. For High altitude interception, the PAD Missile was developed. The Operational Range of PAD is around 400 – 1200 Kms. It is a dual stage propelled Engine with a speed of 5 Mach and above. The Missile is capable to do High End Complex Maneuvers at High Speed. The Missile is Known as Pradyumna. The BEML Tatra transport launcher is used to operate this Missile.

Advanced Air Defence Missile is jointly developed by DRDO, Bharat Electronics Limited, Bharat Dynamics Limited and other private sector Companies. For low altitude interception, the AAD Missile was developed. The operational Range of AAD is 150 – 250 Kms. It is a single stage propelled missile with a speed of 4.5+ Mach. The Missile is also known as Ashwin Interceptor Missile. The same BEML Yatra transport Launcher is used to operate this Missile.

Also Read : All You Need To Know About S400 Missile Defence System