All You Need To Know About S400 Missile Defence System 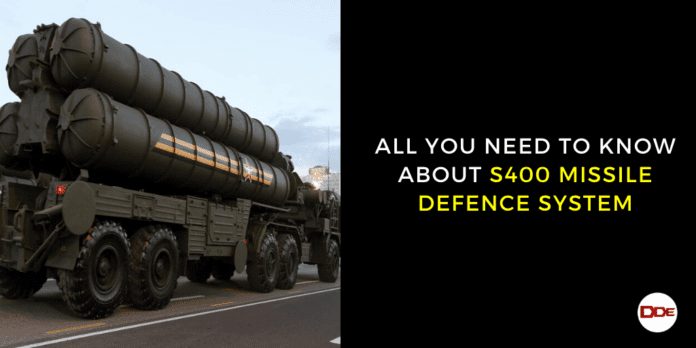 All You Need To Know About S400 Missile Defence System

Interesting facts and all you need to know about S400 missile defence system. It is considered as the world’s most dangerous operationally deployed modern long-range surface-to-air missile system.

The S-400 is an upgraded version of the S-300 systems. The missile system, manufactured by Almaz-Antey, has been in service in Russia since 2007.

The S-400 is a mobile system that integrates a multifunction radar, autonomous detection and targeting systems, anti-aircraft missile systems, launchers, and a command and control centre. It can be deployed within five minutes, and is capable of firing three types of missiles to create a layered defence.

It can engage all types of aerial targets including aircraft, unmanned aerial vehicles, and ballistic and cruise missiles within a range of 400 km, at an altitude up to 30 km. It can simultaneously track 100 airborne targets, including super fighters such as the US-built F-35, and engage six of them at the same time.

The S-400 was made operational in 2007, and is responsible for defending Moscow. It was deployed in Syria in 2015 to guard Russian and Syrian naval and air assets. Units have also been stationed in the Crimean peninsula.

Here are some must-know facts about the S 400 missile system:

The S-400 Air Defence System will give India the power to secure its land and air boundaries. Its unique system makes it indispensable against Pakistan and China and will also protect it from there nuclear threats. Its deployment in a way makes it impossible for enemy missiles to enter Indian air space.

India will be able to secure a nearly 4000 km long boundary line with China. It will be easy to track activities of Chinese army in Tibet.

India can track activities of Pakistani Air Force in Afghanistan. Its system will cover Pakistan’s entire air base.

India is the second largest market for Russia’s defence industry. Russia is the chief supplier of defence equipment to India. With threats always a possibility from both China and Pakistan, India needs to keep its defence systems strong. Purchase of S-400 Air Defence System will help India in keeping its land boundaries and air space more secure and shall be looked forward to.