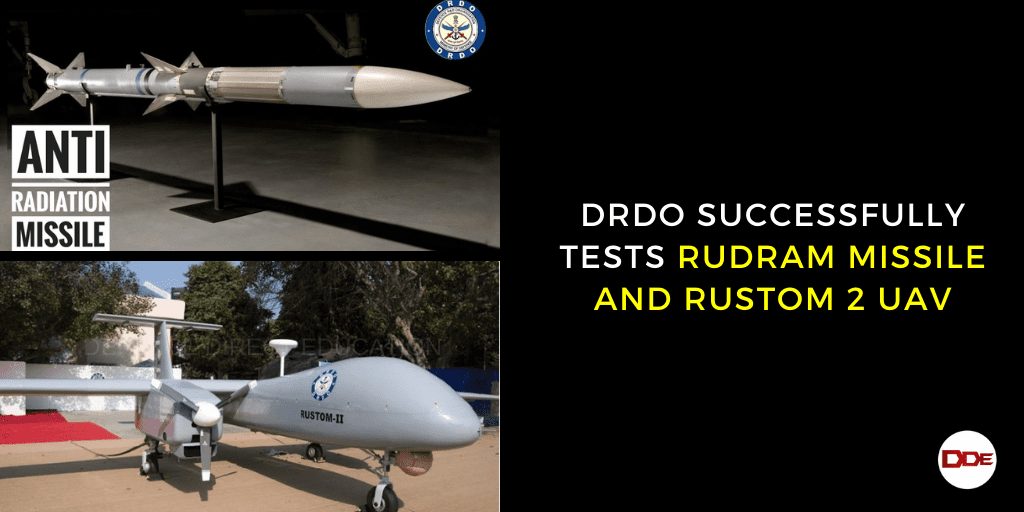 What is an Anti Radiation Missile?

The missile designed to hit the targets like enemy radars, Radio stations and Communication centres. These are the Passive Radar homing missiles. The Anti Radiation missiles detect the light and Radio signals and locks itself on source of these signals. The missile has a receiver which detects the signal and navigates itself through GPS to the Enemy targets.

DRDL, a laboratory of DRDO located at Hyderabad developed this missile with partnership with other Agencies and private sector companies.

DRDO successfully tested the Unmanned Aerial Vehicle Rustom 2 on 9 October 2020. The successful test flight was conducted at the Challakere Aeronautical Test Range in Chitradugra district, Karnataka. The Rustom 2 which is the medium endurance UAV developed by DRDO achieved the success by flying for 8 hours at an altitude 16000 ft.