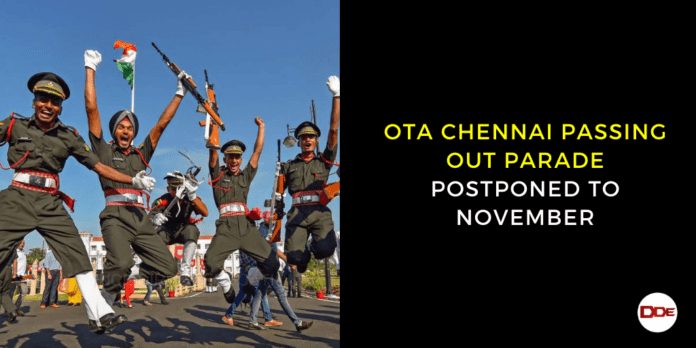 OTA Chennai Passing Out Parade Postponed To November 2020. The nationwide lockdown has delayed the training schedule in the Army’s prestigious Officers Training Academy (OTA) in Chennai. A batch of officer cadets, who were supposed to have completed their training this month, is expected to do so only after a few months.

As a result, the ceremonial Passing Out Parade (POP) marking the completion of the training schedule for officer cadets in the Academy, would not be held in September this year like other years and would be delayed by a few months.

This is probably for the first time in recent decades that the training at the Academy could not be completed as per schedule.

Since the POP for the senior batch in the Academy was likely only in November this year, the fresh batch of cadets would report only after that POP for their training schedule. “It is not that every September and March batches keep on coming. It is only when one batch passes out, the next batch will come,” the official said.

Asked whether the training has been rescheduled, the officer clarified, “Because of nationwide lockdown due to government guidelines, the training started late. Most probably, tentatively, the passing out parade will be in November.”

The ceremonial POP in the Academy is a bi-annual event in the OTA usually held in March and in September. The POP marks the completion of the training programme of officer cadets and these officers are commissioned into various arms and services of the Army only on the day of the POP.

The 750-acre Academy is the only institution in the country to train both men and women cadets into officers for various arms and services of the Army.