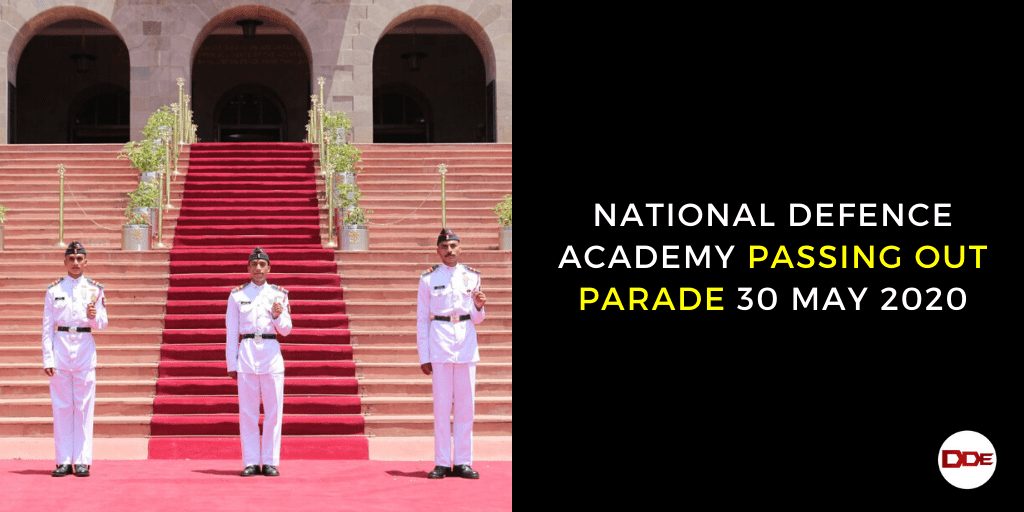 The 138th course of the National Defence Academy (NDA) successfully passed out on Saturday at a ceremony conducted in the premier institution’s Habibullah Hall. The passing out ceremony was held indoors breaking away from the annual custom of having parents and distinguished guests from all three services in presence.

A total of 335 cadets graduated from the premier academy. Of the 335, 226 were army cadets, 44 naval cadets, and were 65 air force cadets. After graduation, the NDA cadets are normally allowed leave before joining their respective service organisation. However, the cadets of 138 course will not be allowed leave for home and will head to their organisations directly.

335 CADETS OF THE 138TH COURSE OF #NDA , PUNE WHICH INCLUDES 226 ARMY , 44 NAVAL AND 65 AIR FORCE CADETS ALONG WITH 20 CADETS FROM FRIENDLY FOREIGN COUNTRIES GRADUATED FROM THE ACADEMY ON 30 MAY 20 AFTER A ‘SOLEMN CEREMONY’ CONDUCTED AT ‘HABIBULLAH HALL OF THE ACADEMY ♥️🇮🇳 #INDIANARMY #INDIANNAVY #INDIANAIRFORCE