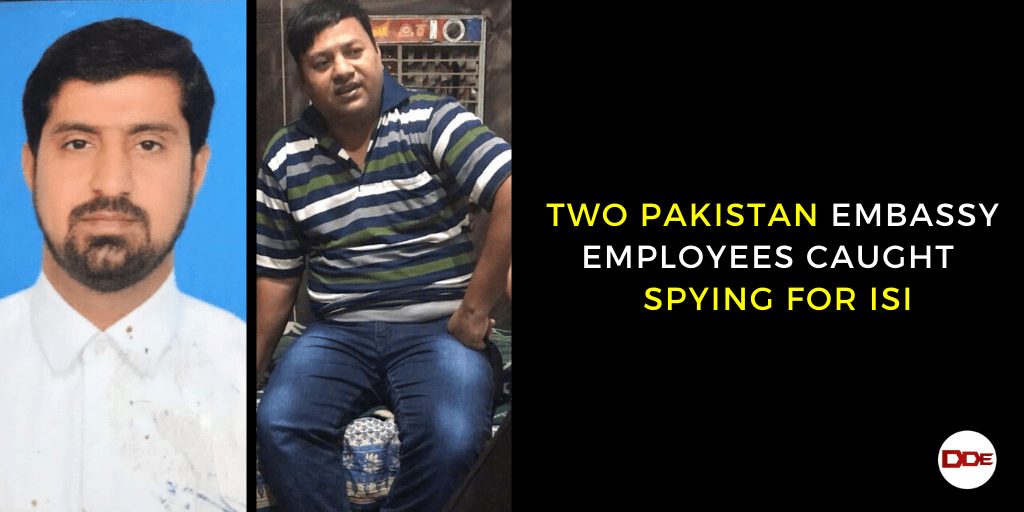 India is declaring them Persona-non grata and they will be departing for Pakistan today.

As per initial reports, the employees were ISI operatives in the guise of diplomats and were apprehended red-handed by the Delhi Police.

They initially claimed they were Indian nationals and produced fake Aadhaar cards. Later, during interrogation, they confessed that they were officials at Pakistan High Commission and worked for Inter-Services Intelligence (ISI).

“The government has declared both these officials persona non grata for indulging in activities incompatible with their status as members of a diplomatic mission and asked them to leave the country within twenty-four hours,” the MEA said.

Two #VisaAssistants of #PakistanHighCommission were apprehended red-handed indulging in espionage in New Delhi. Two visa assistants #AbidHussain and #TahirKhan work as Visa Assistants and are #ISIoperatives. India is declaring them Persona-non grata and will depart for Pakistan. pic.twitter.com/h5dWpW1Q5G

It further said that Pakistan’s Charge de Affairs was issued a demarche in which a strong protest was lodged over the activities of the two officials which were against India’s national security.

As per MEA, “Pakistan’s Charge de Affairs was asked to ensure that no member of its diplomatic mission should indulge in activities inimical to India or behave in a manner incompatible with their diplomatic status.”