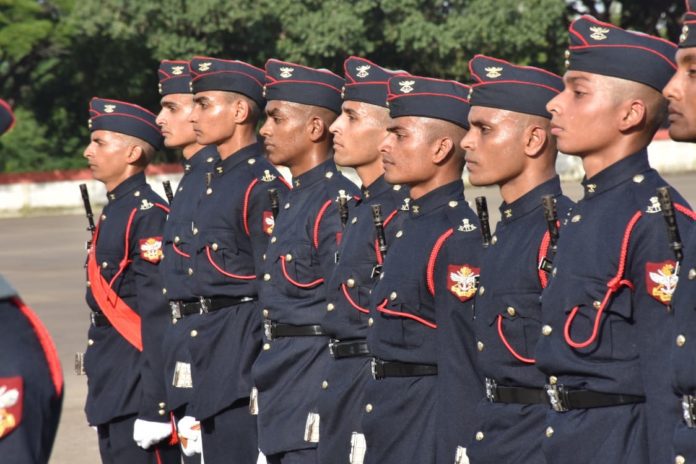 After three years of gruelling training, the cadets of the 143rd course of the National Defence Academy (NDA) are all set to pass out from the academy, following the Passing out Parade (POP) which is taking place in Pune on 30th November.

The passing out parade is held at the Khetrapal Ground, named after Second Lieutenant Arun Khetarpal, a posthumous recipient of the Param Vir Chakra who was killed in action in the Battle of Basantar in the Battlefield of Shakargarh during the Indo-Pakistan War of 1971.

Chief of Naval Staff Admiral R Hari Kumar will be the reviewing officer for the Passing Out Parade (POP) of the 143rd course of the National Defence Academy.

With the historic Sinhagad Fort as the backdrop, the cadets in their blue winter uniforms, are set to display an immaculate parade, a key symbolic representation of their professional training at the academy.

The Parade culminates with a final slow march which has a background score of the poignant tune of Auld Lang Syne played by Military Band. The trainers and faculty at the academy share their pride with parents and family members of the passing out cadets.

After passing out from the NDA, cadets go on to respective service academies for further pre-commissioning training. NDA cadets undergo almost a year training in

This POP will be significant in the history of the NDA as it is the first such ceremony since the academy inducted its first batch of women cadets. Admitted in June, this batch of girl cadets has a strength of 19 — 10 for the Army, six for the Air Force and three for the Navy.