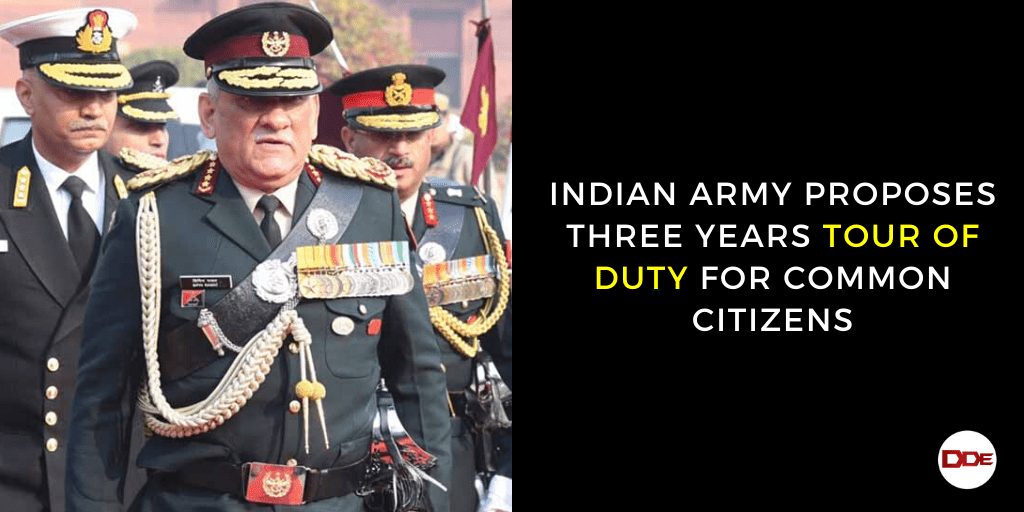 In a major shift from the past, the Indian Army is considering a proposal to allow common citizens to join its ranks for three years ‘Tour of Duty’.

“A proposal is being discussed under which common citizens would be allowed a three year Tour of Duty in the force to serve the nation”.

When asked about the proposal, the Army spokesperson confirmed the same. This proposal is part of the Indian Army’s efforts to attract the best talent of the country into its fold. At present, the shortest tenure one can do in the force is of 10 years under the Short Service Commission.

Sources said the Short Service Commission is also under review by the top brass of the force to make it more attractive for the youth.

Indian Army has been facing a shortage of officers for many years now and wants to do away with it at the earliest.

The Short Service Commission had earlier started with five years minimum service but then it was extended to 10 years to make it more attractive.

Tour of Duty Project To Expanded For The...