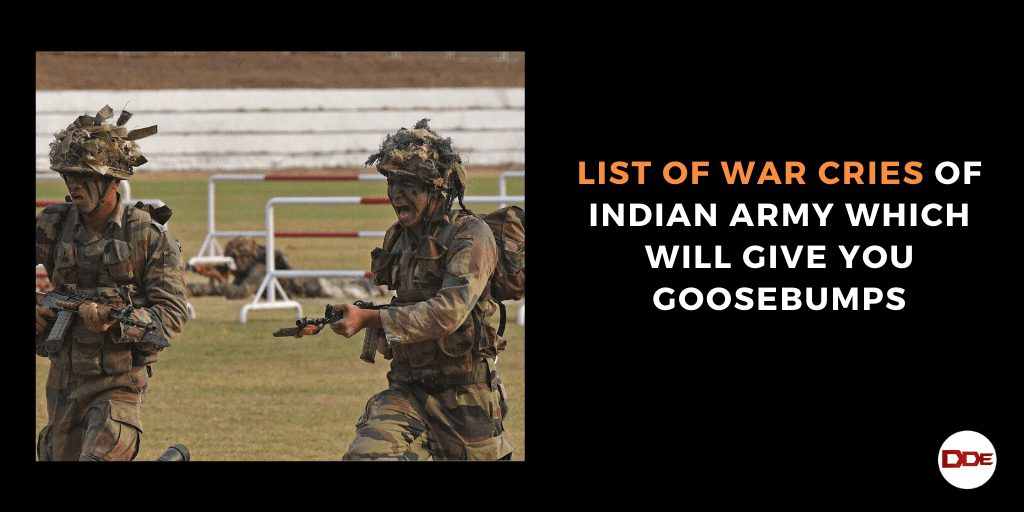 This List of War Cries Of The Indian Army Will Give Goosebumps. A battle cry is a yell or chant taken up in battle by members of the same combatant group. The battle cries play an important role in arousing aggression and esprit de corps. They also help in maintaining the confidence levels of the troops in times of crisis.

Below is the list of war cries which will give you goosebumps. The questions on battle cries have often appeared in the examinations like NDA/CDS/AFCAT/TA. Hence we would recommend you to learn this war cries as they will be useful during exams and SSB interview.

In addition there are also many Indian Army regiments which chant “Har Har Mahadev”, which has been used by many Hindu defenders in the past such as Chhatrapati and Prithviraj Chauhan.