Who Will Be The Next Chief Of Defence Staff? 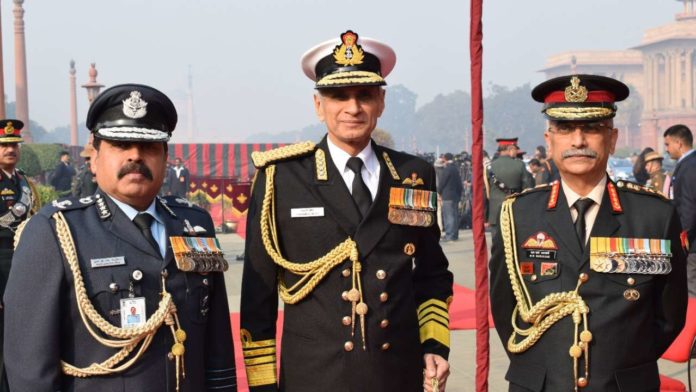 Who Will Be The Next Chief Of Defence Staff

Three months after the sudden demise of the country’s first CDS, the Union government is yet to announce the next Chief of Defence Staff. Army Chief General M.M. Naravane is the senior-most among the three service chiefs, while both the Navy and Indian Air Force have recently got their respective chiefs. Chief of the Indian Air Force Air Chief Marshal V.R. Choudhary and Navy Chief Admiral R. Hari Kumar assumed office on September 30 and November 30 respectively.

This makes Gen Naravane the front-runner to the CDS post as he is retiring by the end of April 2022. Besides, Gen Naravane, former air force chief Air Chief Marshal R.K.S. Bhadauria is also seen as the possible contender for the post of country’s topmost military man, as he made sincere efforts to iron out the differences among the services over creation of the planned threatre commands for the Indian military.

Soon after taking over as CDS, Gen Rawat had started brainstorming on how to streamline coordination between the Army, the Navy and the Air Force. A few months later, he began to prepare for India’s biggest-ever military reform—reorganising the forces into theatre commands (like in the US and China) for synchronised operations in future wars. Gen Rawat planned to have five such main commands—northern, western, peninsular, air defence and maritime—by the end of 2022.

On December 8 last year, Gen Rawat, his wife Madhulika and 12 others died in a helicopter crash near Coonoor in Tamil Nadu.

Sources claim that since the BJP-led Union government has been caught up in election campaigns for five states, the decision for finalising the name of CDS is delayed. Now, the result of the elections will be out next week and we can expect a movement on the selection process.

Moreover, since the CDS does not have any operational duties, there is no urgency for the government to announce the name.

A list of probable candidates is being worked out and will be put before the cabinet committee on appointments. The CDS is a military officer but is also a bureaucrat, whose primary task is to provide impartial advice to the political leadership. Unlike the military, there is no direct line of succession for the office of CDS. It means the government can pick anyone for the post considering the seniority. Any officer equivalent to the rank of Army Commander or flag officers of the armed forces is eligible for the position, as per the rules.

Apart from CDS, the appointment of the next army chief is also due, as Gen Naravane is completing his tenure by the end of next month. Lt Gen Manoj Pande, who took over as the new Vice Chief of the Indian Army in February, is seen as the frontrunner to succeed Gen Naravane. Pande came to Army headquarters after commanding the Kolkata-based Eastern Command.

Lt Gen Raj Shukla, who is heading the Army Training Command, is the senior-most army officer after Gen Naravane, but he will retire on March 31. It makes Lt Gen Pande the senior-most officer in the Army when Naravane retires and he will be the top contender for the Army chief’s post.

In his 39-year military career, Lt Gen Pande has commanded an engineer brigade in the Western Theatre, infantry brigade along LoC, a mountain division in the Ladakh sector and a corps in the northeast. He was the commander-in-chief of the Andaman and Nicobar Command before he took charge of the Eastern Command.

Sources in the government maintain that by picking Lt Gen Pande as the next army chief, seniority principle will be followed, which is considered the safe way of selection. In the case of Gen Rawat’s selection as the army chief, the government had ignored the seniority of two army officers.

CDS General Anil Chauhan All You Need To...

Role And Structure Of Chief Of Defence Staff...