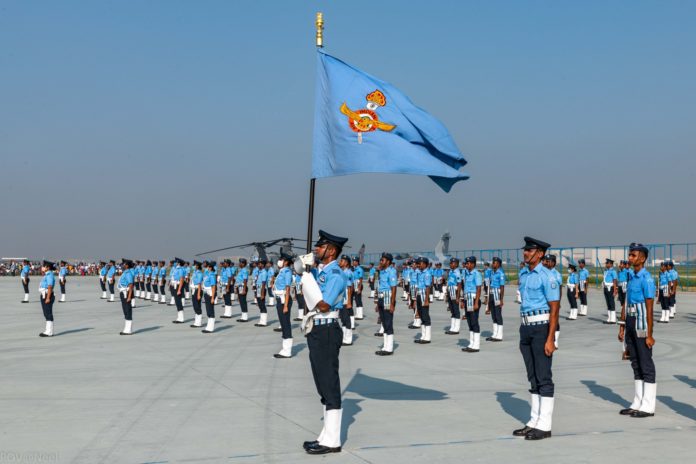 Air Force Day is an annual celebration that is observed by several nations with an armed force. It is a military holiday that recognises a country’s air force.

India celebrates Air Force Day on October 8 to raise awareness about the Indian Air Force (IAF) as an organisation that strives to strengthen national security and authority.

The Indian Air Force is the fourth largest air force in the world. Its Hindon Air Force Station located in UP’s Ghaziabad is the largest in Asia.

The IAF is the air arm of the Indian Armed Forces and its primary mission is to secure Indian airspace and to conduct aerial warfare during armed conflict.

The motto of the IAF is ‘Nabha Sparsham Deeptham’, which means ‘touch the sky with glory’. It was taken from the 11th chapter of the Bhagavad Gita, which comprises the discourse given by Lord Krishna on the battlefield of Kurukshetra.

The President of India holds the rank of Supreme Commander of the IAF. The Chief of Air Staff, an air chief marshal, is a four-star officer and is responsible for the bulk of operational command of the Air Force. There is never more than one serving ACM at any given time in the IAF.

Air Force Day is observed on 8 October every year because it was on this day in the year 1932 that the Indian Air Force was officially founded as a supporting force for the Royal Air Force of the United Kingdom.

Although the first operational squadron of the Indian Air Force came into being the following year, 8 October came to be known as Air Force Day.

Things changed a lot after the force’s participation in World War II. Since then and right up to the late 1940s when India became a republic, the Indian Air Force came to be called the Royal Indian Air Force.

Since our Independence in 1947, Air Force Day has been marked by events, parades, and a flypast at Palam in New Delhi.

But for the last 15 years, the events were shifted to Hindon Air Base due to the increasing traffic issues in the nation’s capital.

During the day’s proceedings at Hindon, a parade is held by both men and women in blue, there is an investiture ceremony where medals and are pinned to uniforms of recipients by the Chief of Air Staff (CAS).